Thank you for joining us to again say #ThanksButNoTanks to OPD’s Bearcat on Thu Mar 25 6:30pm at the Oakland Police Commission

We still need your help, Oakland!

What’s next for OPD’s tiny tank?

The Police Commission’s Ad Hoc Committee has a proposal to retire the BearCat in 2-3+ years - despite the Oakland Reimagining Public Safety Taskforce’s recommendation of an 8 month retirement!

Please join us at 6:30pm this Thursday March 25 to tell the Police Commission that you’d like the BearCat retired in 2021 and to amend their proposal to follow the timeline recommended by the Taskforce.

(2) Join us again at 6:30PM on Thursday, March 25 on Zoom to tell the Police Commission “Thanks but no tanks please”.

Thank you for joining us in the fight against OPD’s militarization! Well over 300 of you signed the petition as individuals, and over two dozen organizations signed as well. About 40 of you lifted your voices in public comment at the Police Commission #oakmtg on Thursday February 11.

Thanks to you, the Police Commission has instructed its Ad Hoc committee on Militarized Equipment to explore giving guidance to retire the Bearcat.

You can read the exact motions and see which commissioners voted which way on the draft minutes under Item XI. The minutes are non-exhaustive and are available from the Police Commission’s meetings page).

This could not have happened without your help!!

Did you know Oakland has a small tank, called a BearCat?

Did you know Oakland Police used it as a shooting platform to murder a sleeping man?

The ensuing federal oversight included requiring a policy governing its (and other armored vehicles’) use. 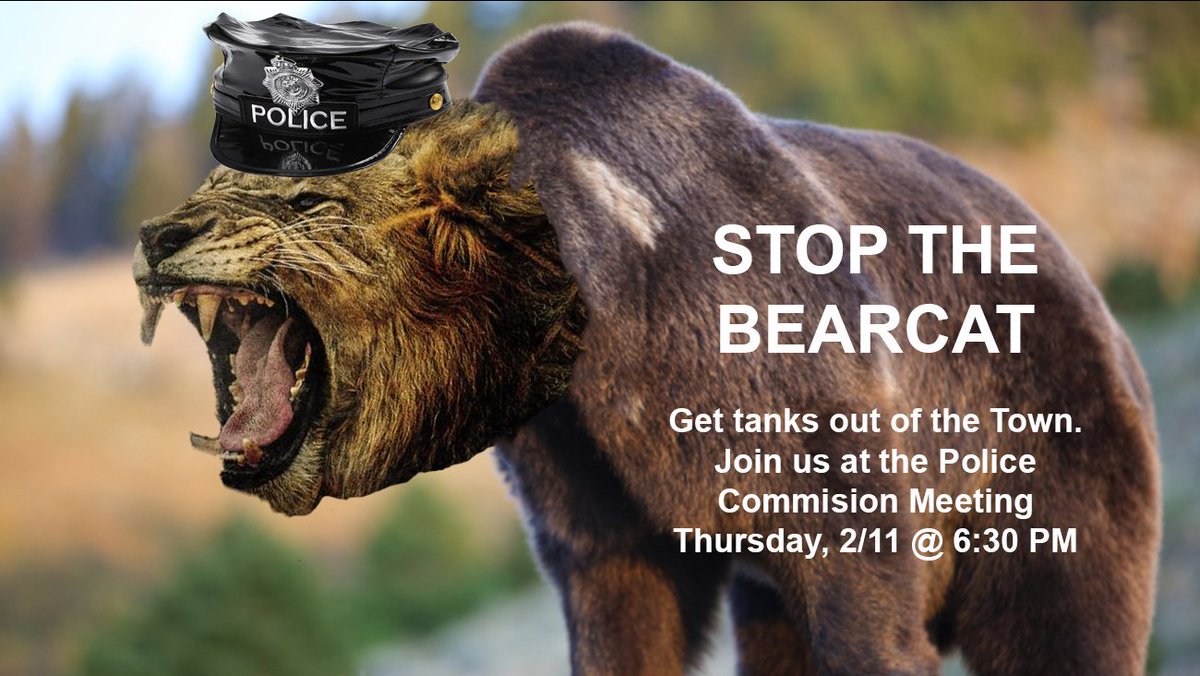 On January 11, the (all-volunteer) Police Commission’s Ad Hoc committee held a public forum, where they heard unanimously from the public that no one wanted the OPD to have a BearCat at all. Some public speakers shared very personal experiences, including one teenager whose family experienced a raid featuring the BearCat (the raid was over supposed weed).

Despite the unanimous outpouring from all across the city calling for a decommission of OPD’s tank, the Ad Hoc committee will be recommending at Thursday evening’s Police Commission meeting to adopt a policy that allows broad continued use of the BearCat.

We need your help. Take action with us (from the comfort of your home) this Thursday!

(2) Join us at 6:30PM on Thursday, February 11 on Zoom to tell the Police Commission “Thanks but no tanks please”.

Public comment will begin shortly after 6:30pm and signup to speak often cuts off just before the first speaker begins: https://us02web.zoom.us/j/88596700643

Commenting is the most important thing you can do to help! Hearing from people who care enough to show up to a meeting can really change minds. Also, it can be fun! We will be on Twitter chatting on the #oakmtg and #ThanksButNoTanks hashtags before and during the meeting to share talking points and give advice on how to make your public comment count. Join us!

There’s a closed session immediately before the public meeting, and it is possible that the closed session will run long. If you’re signed in to this Zoom link with your hand raised by 6:30 pm, you should be able to comment for one minute: https://us02web.zoom.us/j/88596700643

Here are some tips for making a public comment:

And that’s it! Congrats on making your first public comment!

At the #OakMtg (Appreciation) Club, we’re mainly focused on transparency and accountability in local government, and we don’t always take a specific stand on an issue besides advocating for better formal processes. We never want to tell you exactly what to say, but if you’re looking for some points to highlight while making your comment or writing to the Police Commissioners, here is what’s top of mind for us:

Those are the reasons why we’re mad, but we know there are more reasons; you’ve probably thought of several of your own while reading! Please feel free to use these and others when making your public comment around 6:30PM on Thursday, February 11. 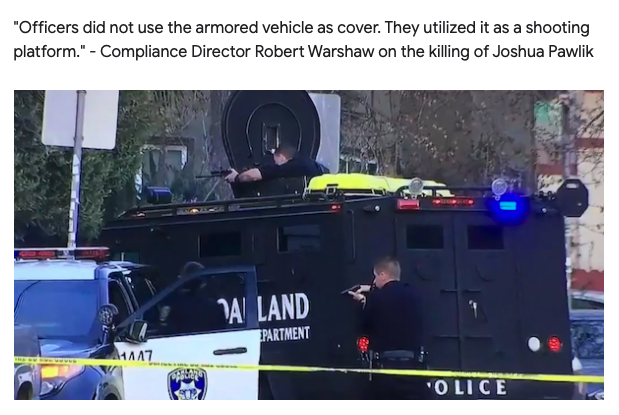