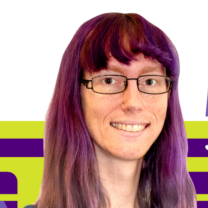 A well-known YIMBY activist with a large, sometimes-antagonistic social media presence who’s making a lot of promises about the bus

TL;DR: A well-known YIMBY activist with a large, sometimes-antagonistic social media footprint who’s making a lot of promises about the bus

Victoria Fierce is best known for founding East Bay for Everyone in 2015. She says her organizing around increasing market-rate housing and housing density deepened her interest in transit policy. She was elected to the Alameda County Democratic Central Committee for Assembly District 18 (for a term beginning in 2021). She works for the California Renters Legal Advocacy and Education Fund. She is queer and trans.

Rider assistance: Fierce says she wants to make it possible to board buses at all doors, improve on-time performance; improve the accuracy of bus arrival displays; and cap daily fares and offer free fare on holidays (including the week leading up to Election Day). She wants to color code lines to enable riders to distinguish easily between Rapid, BRT, overnight, and weekday-only buses. She plans to improve the maps posted when a bus line is temporarily routed away from a stop for a planned interruption. She also aims to keep buses running in the event of a curfew, so riders are able to get home.

Infrastructure: Fierce believes every bus stop in the network should have a shelter (and will prioritize repairing existing shelters, though these are run by Clear Channel not AC Transit). She plans to increase Bay Rapid Transit service (with dedicated bus lanes) further, singling out Grand Avenue and MacArthur Boulevard as priorities. She also would like to establish a continuous, unbroken, dedicated bus lane from the Salesforce Transit Center to Downtown Oakland. She will work on a plan to get the entire fleet off oil by 2030 and start planning for an East Bay rail network.

Main vibes: Your friend who claims to hate drama but keeps starting it. Victoria Fierce is very active on Twitter where she can be kind of mean (she’s on her second Twitter account). Fierce’s position on market-rate housing has at times been synonymous with gentrification and led her into conflict with affordable housing advocates including District 3 City Council candidate Carroll Fife.

Weirdly in bed with Lyft vibes: Victoria Fierce was recently embroiled in controversy when both she and Lyft donated money to a PAC to support Oakland City Council At-Large Candidate Derreck Johnson and opposing incumbent Rebecca Kaplan. Although the PAC was started by two fellow East Bay for Everyone figures, Fierce claims the PAC was opened up “behind my back.” She also has been unclear about the date she donated to the PAC, at one point claiming the donation happened in “April maybe” (her donation was processed on August 24, 2020).

Wants to tax Lyft somehow vibes: As a car-less transit rider, Fierce has vowed to apply a sales tax to rideshare companies like Lyft that will fund transit (we’re not sure that’s within the AC Transit Board’s abilities).

YIMBY going YIMBY vibes: As a housing advocate, Fierce would like to see AC Transit use some of the vacant land the agency owns to build housing affordable to the people who work for and use AC Transit.