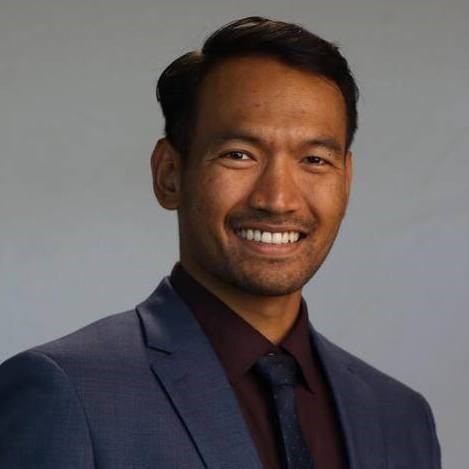 A pretty nice guy who’s just not ready for this.

TL;DR: A pretty nice guy who’s just not ready for this

Tri Ngo is a long-shot candidate in the District 1 City Council race. He has a Ph.D. in Biomedical Engineering from John Hopkins University and works part-time at a solar company. He’s a former Tesla engineer who also campaigned for President Barack Obama in 2008. To achieve his goal of a populist campaign, he’s purposely limited contributions to no more than $35 per person. To qualify for public funding from the City, he needs to raise $7,650 from Oakland residents, which means a little more than 218 of D1’s 57,000 residents would have to donate to him. As of right now (8/29) he’s raised ~$3,100, which means less than 1% of D1’s 57,000 residents have contributed to his campaign.

According to Tri Ngo’s official website, Ngo’s parents were refugees from South Vietnam, and Tri was born in a refugee camp in Southeast Asia. He grew up in Philadelphia and Atlanta before attending the Massachusetts Institute for Technology. Ngo’s brother has cerebral palsy, which is why he originally went into biomedical research.

Tri Ngo’s official platform stands out from the other candidates’ because of its concrete (if overly ambitious) proposals.

Ngo’s first priority is creating an accountable government that represents everyone, which he plans to do by implementing something called Liquid Democracy. In person, he told this District 1 resident that he wanted to have every resident of D1 vote online before each City Council meeting on every vote he’d have to take that meeting. Given how hard it is to get people to turn out for normal voting, however, it doesn’t strike us as super realistic to implement. Also, it’s an abdication of the responsibility elected representatives take when they commit to do the work and understand why they vote the way they do on each issue themselves.

Ngo’s second and third priorities are homelessness and developing affordable housing. On these issues, Ngo is “considering” Universal Basic Income and wants the city to “obtain rights to all vacant land, empty buildings and warehouses to build affordable housing.” Please note that Mayor Schaff has already pledged to run a pilot program of UBI in Oakland and there are multiple stakeholders actively working on it. You can read more about Ngo’s specific policy proposals here.

Update, 10/19/2020: Ngo has changed his website since we wrote this profile in August, including his priorities. Click here to see his official positions.

When we began writing this voting guide in early August, Tri Ngo had made no public statement on policing except for once promoting attendance at the June 23 Special Meeting of the Oakland City Council where the so-called Equity Caucus passed a surprise budget. Since then, Ngo has added a section on policing to his official website. He proposes shifting funding to “addressing the root of crime,” minimizing armed police, and limiting police overtime because “overworked police officers are unsafe.” Most controversially, he also proposes overhauling Oakland’s Police Commission so that voters elect commissioners to a full-time position. While we in the OakMtg Appreciation Club were disappointed by the Selection Panel process this year, we’re not sure voting will be much better, and we wonder how overhauling a young and beleaguered institution is likely to go down, especially since a revised Measure LL is going before voters this November.

To our knowledge, Tri Ngo has made no public statement about the proposed Howard Terminal Stadium. This District 1 resident ran into him on the street and asked him about it, but he did not seem very informed about the location or specifics. Did we miss something? Reach out.

Because Tri Ngo’s supporters are limited to giving $35, it is not possible to find out who his notable campaign donors are.

Main vibe: Nice guy but not ready for Prime Time 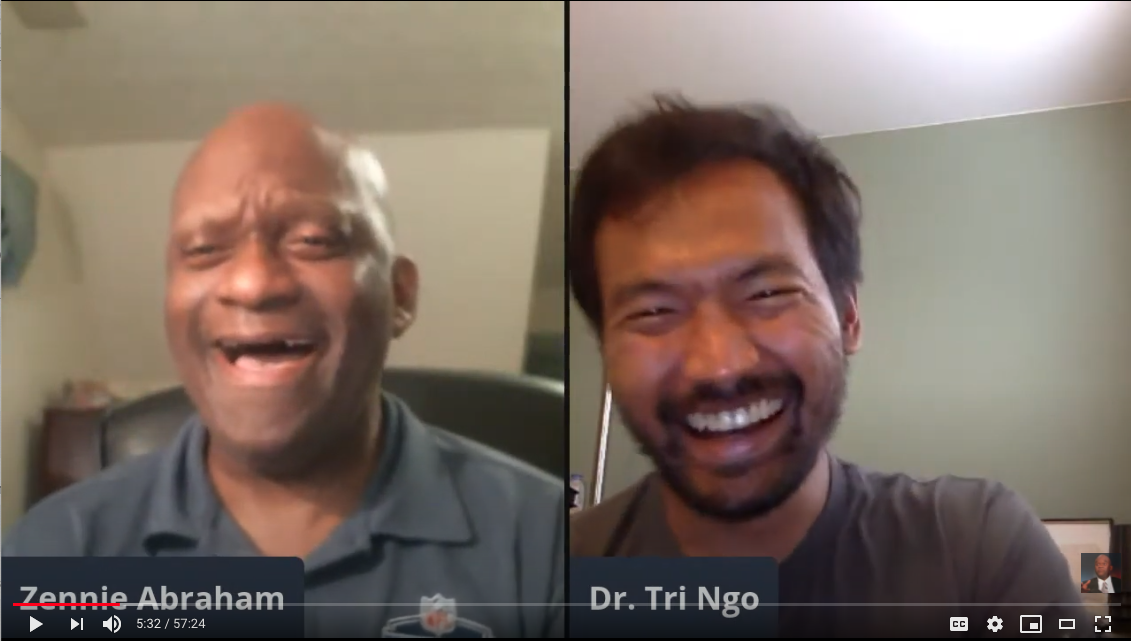 This screenshot is from an interview Zennie Abraham did with Tri Ngo, where both Abraham and Ngo laughed uncomfortably after wondering how Ngo could get “more hugs” despite the Shelter in Place. As in the D1 Candidates Forum hosted by the East Bay Young Democrats, didn’t seem totally comfortable speaking as an authority on Oakland issues–he answered most questions by saying he would have to do more research before he could answer. This District 1 resident asked him how he would deal with recalcitrant City staff to do things like get the Public Lands Policy put into effect, and he didn’t seem to realize how the mechanisms of City Hall work.

Good in theory vibes: Tri Ngo’s ideas about making government more transparent seem well-intentioned and honestly much needed because Oakland’s City Government isn’t very transparent or accessible to the public at all. We like his drive to get more people–especially young people–voting, but we wonder whether his policy ideas are plausible or even possible.

Unapologetic aZn vibes: At the beginning of his interview with Zennie Abraham, Tri Ngo repeatedly corrects Abraham’s pronunciation of his name (it’s TRY not tree). We love his confidence and insistence that everyone learn how to say his name (it’s not that hard! give it a… try).

Probably not going to go the distance vibes: Despite Tri Ngo’s best efforts, District 1 is shaping up to be a contest between well-funded, deeply connected Steph Dominguez Walton and incumbent Councilmember Dan Kalb. He’s a good sport, though, and we love how gracious he was when Kalb made a (rude) joke about how he and Walton should donate to Ngo during a recent candidate forum.

An earlier version of this profile stated that Tri Ngo was drinking beer in his interview with Zennie Abraham. It was not beer, it was tea. We regret the error.

On October 19, 2020, we updated this page to reflect Ngo’s new endorsements and link to his updated “Issues” page.