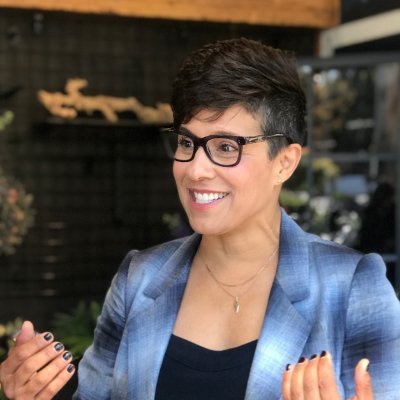 TL;DR: A faux-gressive newcomer with twice the incumbent’s charisma and 1.5 times his funding but no concrete plans to back it up.

Steph Dominguez Walton is currently unemployed but previously worked as a mortgage banker and in finance for national journalism corporations, according to her LinkedIn. Like Mayor Libby Schaaf and candidate for D7 Councilmember Treva Reid, she’s an alumna of Emerge California, an intensive program that trains women Democratic candidates to run for office. She previously campaigned for Assemblyperson Buffy Wicks in 2018, but she has no experience as an elected official or in Oakland City Hall.

Her two children attended Ecole Bilingue, an expensive ($30K per kid per year!) private school in Berkeley (although she lists volunteering at Oakland’s Piedmont Avenue Elementary School as her main example of community outreach). Her husband, Zachary Walton, is a lawyer who specializes in environmental law and sits on the Town Business Leadership Council. For more context on Zachary Walton’s business interests, see Jaime Omar Yassin’s reporting on District 1 campaign donors.

In mid-August, when we began writing this guide, Walton’s official platform was virtually indistinguishable from incumbent Dan Kalb’s. On her website, she said she was “committed to focusing on affordable housing and homelessness; equity in education; improving and reforming public safety; and supporting small businesses.” She also says she’s committed to answering calls from constituents, legislating transparently, and listening with empathy, but lists no other policy commitments.

As of this second writing (September 8), Walton has expanded her commitments substantially. On housing, she now says she will “eliminate unnecessary administrative hurdles to help greenlight the construction of more affordable housing projects, as well as strengthen tenant protections.”

On education, she says she will focus on getting students access to high-speed internet and eliminating hunger at public schools. She also says she will enact a moratorium on charter schools, which is a curious promise for a future Council Member to make since that’s well beyond the Council’s purview. (For more on the OUSD Board’s record on charter schools, see this Oaklandside article.)

At some point between mid-August and September 8, Steph Dominguez Walton also added a section on re-imagining public safety. She says she supports a “complete ban” on tear gas, rubber bullets, and flash bang grenades. She also says she “will hold the Oakland Police Department to the highest standards of accountability, while budgeting the resources they need to protect all of our communities equitably and justly.” As far as we know, she has not committed to cutting a specific amount of money from OPD’s budget.

Before September, Walton repeatedly suggested that hiring more women police officers would stop police violence. At a candidate forum where she was asked what reimagining public safety means to her, Walton said, “I’d like to take some of these funds away from calls police are really not equipped to answer, like mental health calls, homeless complaints, some domestic violence calls” and put the money toward jobs for people who are experts at handling those issues (see this recording of the Wellstone Democratic Renewal Club’s endorsement meeting, starting around 42:00).

And in December 2019, well before the George Floyd Uprising, Walton did an interview with Zennie Abraham, she said, “There aren’t enough police…and that’s a very divisive topic, there needs to be reform, but at the same time, who do we call when we’re in trouble? Or who do we not call because there just aren’t enough of them and we know they’re not going to come out?” (see this video around ~29:00). She continued: “There aren’t enough police on the force!” (see this video around 31:44).

Steph Dominguez Walton is publicly in favor of developing a new A’s Stadium at Howard Terminal. For more on her husband’s connections to this project, please see Jaime Omar Yassin’s reporting on District 1 campaign donors.

Main vibe: Tracy Flick in Election (1999), but with fewer policy positions. Since the last writing, Steph Dominguez Walton has started negatively campaigning against incumbent Dan Kalb based on allegations of campaign finance misconduct (while Kalb was the target of laundered contributions from a city contractor in a previous election cycle, the Public Ethics Commission has not accused him of any wrongdoing). Like Walton’s fellow challenger Tri Ngo, we think it’s telling that Walton is trying to make this race about campaign finance rather than substantive policy issues. Walton has not offered a platform that differs at all from Kalb’s; if anything she has adjusted her positions over the past two months so that they are more in line with Kalb’s. Although Walton has gotten a few high-profile endorsements praising her fiscal sense, nothing about her experience in broadcast journalism suggests to us that she’d be better at managing the budget than Kalb (who famously read in a huge number of highly technical amendments during the budget cycle before this one). That plus her tendency to wave-off detailed questions from voters makes us think that when it comes to policy ideas or concrete solutions, there’s no there there with Walton.

Well-organized vibes: Steph Dominguez Walton declared her candidacy more than a year before the November 2020 election, and this District 1 resident first noticed flyers for her in the upscale Cole Coffee on College Ave back when it was still cold outside (so maybe January?). The pro-Walton buzz on District 1 Nextdoor is all about how she is likely to be a better Councilmember than current Councilmember Dan Kalb because she is “tireless” and responds quickly to emails (Kalb is notoriously tough to get a response from).

Very rich vibes: This District 1 resident noticed that her signature “Steph4Oakland” signs appear with even more frequency the higher up one happens to be in District 1’s affluent Oakland hills. During a candidate forum, Walton repeatedly said she’s “comfortable in all neighborhoods in District 1,” a mystifyingly rich-person comment to make since District 1’s North Oakland is wealthy and safe even in its flattest parts compared to other Oakland districts.

Problematic girlboss feminism vibes: On her official Twitter account, Steph Dominguez Walton frequently tweets about the importance of women supporting women, women running for office, and women shutting down racist and misogynistic remarks in public. The flipside of these otherwise positive tweets is that they play into an essentialized view of women as inherently more qualified to lead than men. While Steph seems well-intentioned, this District 1 resident thinks beliefs like these often shield women politicians from being held accountable for their specific policy positions.

Not super trustworthy vibes: Steph Dominguez Walton definitely says all the right progressive things, but a few things make us think she’s not being very honest. Walton tried to take credit for Dan Kalb’s Clifton Hall deal during the August 18 Candidate Forum (see 1:06:00). Walton says she’ll bring “unity” to the Council, but it’s a strange thing to run on, because Kalb is (frustratingly) not a divisive member of the council; it makes us think she means eliminating Kalb’s (meager) opposition to the so-called Equity Caucus. Finally, her finance reports are remarkable because of how many people don’t actually list their occupations, which makes us wary of her. At a campaign house party, this D1 resident gently pressed her to describe her own children’s experience with public schools after she spent 10 minutes explaining her volunteer work, and Walton answered by saying that “our neighborhood school was Chabot” without admitting her kids didn’t go there. Regardless of what she says, we think she’s running to the right of Kalb and likely to obstruct any truly progressive policies that come up before the council. We also think this December 2019 video where Walton repeatedly says she thinks OPD needs more police is a good example of how much she’s changed her views to appeal to voters; we’re not confident at all that she’s saying what she believes right now