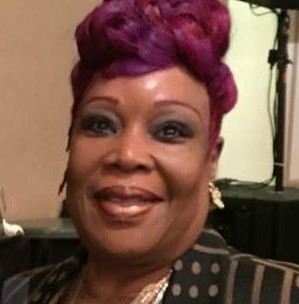 BART Board of Directors

TL;DR: A challenger who thinks the only problem BART has is that riders don’t love BART police enough

Sharon Kidd is a graduate of Berkeley High and University of San Francisco. She is an attendance specialist for Oakland Unified School District. She has worked in the financial sector and done community work focused on youth mentorship, police reform, and community-police relations. She previously served as the President of the African American Advisory Committee on Crime for the City of Oakland and worked as the Youth Intervention Specialist with the Oakland Police Department. Kidd sought public office in Berkeley in 2004, running against then-City budget analyst Darryl Moore for the District 2 council seat.

Kidd does not have a campaign website as of this guide’s release, and she does not appear to have made statements about transportation policy in articles that document her candidacy. She has, however, focused on the role of policing in transit. An interview conducted earlier this year indicates that she “would largely preserve traditional law enforcement, adding police officers to quell crime and keeping ambassadors to make trains more welcoming” and quotes her as saying, “Many people that know my affiliation with BART, when we talk they want to see more officers. … But we can’t get more officers … because of the media degrading police.”

Kidd was on the BART Police Citizen Review Board for BART District 7 from its inception in 2011 until she was replaced by Aman Sebahtu in 2017. During her time on the BART Police Citizen Review Board, Kidd emphasized community outreach events; minutes from the Board’s 2015 annual report cite Kidd and her former colleague Les Mensinger as “the most active in … outreach efforts.” She also worked on police recruitment efforts, sometimes as the Board’s sole representative.

Kidd participated in officer and lieutenant interview panels for the Berkeley Police Department in the first and second quarters of 2017.

Kidd is backed by the BART Police Officers’ Association. (The only publicly available support for this contention is a tweet from Lateefah Simon; the POA newsletter is available only by subscription, and the Association’s website does not currently list any endorsements.)

Main vibe: BART police’s biggest defender. Kidd is a one-issue candidate, and that issue is supporting BART police. Even if we were in favor of expanding police (we’re not!), this is a pretty myopic and limited view to take of an extremely complicated transit system, and we don’t think Kidd’s ready to deal with any of the other duties this job entails.