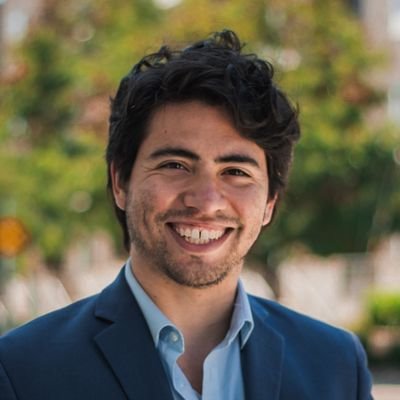 TL;DR: The restorative justice candidate of our dreams who might be too pure for this Council

Richard Santos Raya is one of two progressive challengers in the District 5 Council Member race, and of the two newcomers he’s attended the most candidate forums so far. Raya grew up in Fruitvale. He has a law degree, works as a Program Coordinator for Centro Legal de la Raza’s Youth Law Academy, and serves on Oakland’s Cultural Affairs Commission. His father, also named Richard Raya, ran unsuccessfully for District 1 Council Member in 2012 and worked as the Chief of Staff for former District 2 CM Abel Guillen.

On Richard Raya’s campaign website, he lists three major policing proposals besides Defunding the Police (for more on that, see the next section): the Black New Deal, Empower Educators, and A New Cultural Corridor.

His first priority is a Black New Deal, which Raya draws from one of APTP’s major campaigns; his fellow candidate, Zoe Lopez-Meraz, also endorses the Black New Deal. Raya’s version of the Black New Deal will focus on job creation with unions, improving transportation infrastructure, creating greenspace in the flatlands, housing subsidies and loans to prevent gentrification, and holistic healthcare. Interestingly, outside of the name, the link to APTP’s site, and a link to an article about the exclusion of Black Americans from FDR’s original New Deal, Raya’s campaign website does not explicitly mention Oakland’s Black residents or how his Black New Deal would address racial inequities.

In Raya’s second policy priority, empowering educators, he calls for a moratorium on charter schools. He also proposes increasing the number of staff at public schools and increasing the amount of support those staff have by hiring more behavioral specialists and social workers.

In addition to these official policy stances, Raya has also been critical of the City’s use of third party contractors. He’s also criticized the execution of the new AC Transit BRT because it put too much strain on local small business owners in Fruitvale.

Defunding the police and abolition more broadly is the main cornerstone of Richard Raya’s campaign. According to an otherwise untrustworthy article in the SF Chronicle, Richard Raya decided to run for City Council after participating in a Defund OPD demonstration on June 28. On his campaign’s official website, Raya plans to redirect from the police to fund his other policy priorities. In lieu of the police, Raya is a vocal proponent of restorative justice. In a moving Twitter thread, he shared the story of how a restorative justice ethos helped him to forgive his mother’s murderer.

In an August 18, 2020 candidate forum, Richard Raya went on record as saying the issue of where to place the new A’s stadium was complicated, that it would have to abide by labor and environmental regulations, and that local residents should have the most say.

Main vibe: An earnest candidate who’s ready to defund the police and share his life story with you

Riding the Young Progressive Wave Vibe: When asked why people should vote for him during a candidate forum that overlapped with the DNC, Richard Raya explicitly compared himself with US Representative Alexandria Ocasio-Cortes and said his youth and progressiveness made him a good candidate. We think this is…fine.

Ready to cut through City Hall’s byzantine bureaucracy vibes: While Raya is young and relatively new to Oakland politics, his father is a former City Council Member staffer (for Councilmember Abel Guillen), and Raya himself has made comments suggesting he understands how arcane City Hall rules make a mess out of well-intentioned policies. This Oakland resident was most impressed by the way he zeroed in on how subcontracting work out to third-party contractors can prevent citizens from holding City Hall accountable for work that doesn’t get done. According to Raya, the BRT implementation has harmed small businesses in Fruitvale because the contractor that was supposed to give money to small business owners to offset the impact of BRT construction has gone slowly because the City outsourced the distribution work to a third party (see this video starting around 14:33). Answers like these make us feel like Raya is ready to get into the weeds and make real change in Oakland, which is a better reason to vote for him than his affinity for AOC.

Warm-and-fuzzy progressive cooperation vibes: On September 5, 2020, Richard Raya released a video with fellow D5 candidate Zoe Lopez Meraz explaining how ranked choice voting works and encouraging their supporters to rank the other candidate second. We love progressive candidates who put their causes ahead of their egos and support each other!