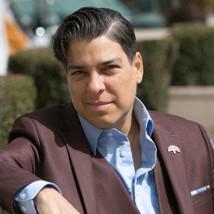 TL;DR: A reliable progressive whose bleeding heart is almost always in the right place but who isn’t always savvy enough to be effective

Rebecca Kaplan is the incumbent At-Large City Councilmember. She attended MIT, Tufts, and Stanford Law. In her six years as At-Large Director on the AC Transit Board, she spearheaded overnight transit service and helped increase Transbay service and service to BART stations. She became the first out lesbian member of Oakland’s city government when she was elected to council in 2008. She is currently serving her third term as at-large council member and has run for mayor twice–once in 2010, when she and Jean Quan used a ranked choice strategy to defeat Don Perata, and once in 2014, when she came in second to current Mayor Libby Schaaf. In January 2019, Councilmember At-Large Kaplan was elected Council President by her fellow Councilmembers.

Rebecca Kaplan’s official website lists Homelessness and Illegal Dumping/Trash as her two main issues alongside a smorgasbord of other, more specific issues.

On homelessness and housing, Kaplan says she supports creating more housing alternatives by any means necessary (but not sheds). One example of this is the ordinance to allow RVs to park on vacant lots in Oakland, which CMs Kaplan and Loren Taylor presented to council, and which passed a first reading during the 7/21/2020 City Council Meeting. Sometimes this results in unorthodox proposals, such as when Kaplan suggested putting homeless people on a cruise ship in the Port of Oakland (the Port said existing infrastructure would not support such a solution). In a recent Life Enrichment Committee meeting (the Orwellian name Oakland gave to the body devoted to homelessness issues), CM Kaplan advocated for allowing RVs to park in places like the Fairgrounds while providing trash pick-up and sewer services. She has also suggested buying county properties at auction and using them to supply affordable housing (since there is so little new affordable housing being built). It’s unclear how this would play with the Council’s habit of swiftly giving away public lands to private interests in a matter of scant minutes. Blink at a Council meeting, and millions of dollars of real estate suddenly poofs!

In response to a question about where homeless people should be housed during the Aug. 18 Alameda County Democratic Party Oakland Candidates forum, Kaplan said that Oakland has done well producing market rate units but is still well short of affordable units. She cites impact fees (i.e., developers being required either to produce a certain number of affordable units or to pay fees that will cover the production of an equivalent number of affordable units in another project) as an important part of the solution for homelessness in Oakland, but she said that city administration has not done an adequate job of tracking or deploying those impact fees. She also says that she has fought for public lands to be used for affordable housing.

On illegal dumping and trash, Kaplan advocates for a pro-active rather than complaint-based system. Currently, the City Administration waits for residents to notify them of where trash is by complaining about it. Kaplan argues that this causes districts to compete with each other for resources by seeing who can file the most complaints. She says the current system allows trash to accumulate in between the time it’s dumped, complained about, and then collected, and assigning teams to keep each area clean pro-actively would keep the City cleaner and be more equitable overall. Kaplan also thinks there should be a reward system for people who send in the plates of cars doing illegal dumping, which could easily invite racial profiling and is a little too punitive for our tastes. Stick with your preventative measures, please! We like those!

On her official campaign website, Kaplan lists her commitment to better transportation, protecting renters, and improving air quality. On transportation, Kaplan attempted to pass a $.50 tax on ride share apps this summer; after appearing before the Council multiple times, it failed to pass thanks to heavy lobbying from Lyft. On air quality, Kaplan has consistently advocated for the City to use its resources to help residents escape polluted air. A Sept. 11 post by Jaime Omar Yassin reports that “As early as July 28 [the day a fire in San Francisco sent smoke into the East Bay] Council President Rebecca Kaplan asked the City Administrator for a report on City plans for clean air buildings in the event of wildfire-induced bad air quality, emails recently made public reveal.” This was approximately five and a half weeks before the City opened its first clean air centers, with apparently little outreach to unhoused Oaklanders.

At the Aug. 18 Alameda County Democratic Party Oakland Candidates forum, Kaplan stated that Black people are both overly targeted by police and underserved by police. At the same forum, she said that OPD mishandled the protests after George Floyd’s death, pulling officers off their beats to focus on a largely peaceful protest downtown while ignoring coordinated armed robberies elsewhere in Oakland. Kaplan co-wrote the amendment on the ballot this fall to increase the independence of the Oakland Police Commission (the volunteer oversight board tasked with investigating misconduct and use of force by OPD).

Councilmember Kaplan initially cast the tie-breaking vote with the so-called “Equity Caucus” on their budget during the chaotic June 23 Special Meeting after she got concessions on cutting OPD’s overtime budget. After APTP organized a protest car caravan to her house, Kaplan appeared at a press conference MC’ed by now-D3 candidate Carroll Fife and committed to APTP’s demand that she reopen budget discussions. During the July 21 meeting, Kaplan co-presented, with fellow Council Member Nikki Fortunato Bas, a proposal to cut “police funding by 50% over the next two years.” Details of the cuts included “a freeze of vacant police positions, a moratorium on arrests of pedestrians and bicycle violators, a reduction in police overtime for special events and demonstrations and consolidation of some operations.” After Mayor Libby Schaaf broke the tie by voting against CM Kalb and Thao’s substitute motion, Bas and Kaplan’s budget also failed. It’s very likely that, had Kaplan voted against the pro-police budget on June 23, Mayor Schaaf would have broken that tie and Kaplan would have neither her overtime-reduction concessions, nor the political standing to push to reopen budget discsusions.

Kaplan notably also works on gun control. On September 19, her resolution on making gun control a main focus of public safety in Oakland will be heard at the joint meeting of the City Council, the Public Safety and Services Oversight Commission, the Community Policy Advisory Board, and the Police Commission. She also spent the summer (and several years!) lobbying for the City Administrator and OPD to hire more 911 Call Center dispatchers.

Honestly we’ve found it a little hard to figure out what Rebecca Kaplan’s stance on the proposed A’s stadium at Howard Terminal is. On September 21, she posted a tweet responding to a question about whether or not she wanted to “derail” the Howard Terminal stadium by saying: “This isn’t about saying the A’s shouldn’t get to develop coliseum no matter what’s in their proposal, nor saying they should get to no matter what - but rather that the content of the plan should benefit the community.” She then linked to this opinion piece, which is mostly a list of things it would be nice to see in the Coliseum area. At least as far back as 2019, however, proponents of the Howard Terminal A’s Stadium seem to think Kaplan would oppose it. We’re not sure!

Main vibe: High school Model UN star dropped into Season 3 of The Wire. While it’s unclear how much of Rebecca Kaplan’s outspoken idealism is practiced as opposed to innate, she often appears to be surprised by her colleagues’ more audacious machinations. This may be an act. Kaplan has been in politics for a long time. But regardless, it can be effective, as when members of the public repeatedly asked why the City was proposing to give a third party $21 million in State and City funds to buy a building that the City would own no part of, Kaplan could plausibly turn to City staff and ask them the exact same question, as if she were simply curious (and not accusing her colleagues of corruption). Kaplan is not always as ruthless as she needs to be, but whether this is because she’s secretly hoping her more politically risky proposals will fail (giving her moral credit but saving her from concrete consequences) or because she simply doesn’t have a killer instinct isn’t clear.

There for you 24/7: Among Oakland Councilmembers, Kaplan is notably responsive. Her office replies to emails from constituents often, and she responds directly to constituents who talk trash (or, more generously, raise concerns) through her very active Twitter account.

Most appreciative Council Member vibes: As the Council President, Kaplan probably says the phrases “I appreciate you” and “I appreciate that” more than anyone in the entire City of Oakland. She used to teach Hebrew school, and her spiritual kindergarten teacher vibes definitely come in handy, sometimes to extremely comical effect, as when she confused Councilmember McElhaney’s tear-filled monologue about police murdering Black people for a dialogue and repeated, “Ashante!” in a call-and-response pattern (you can listen for yourself in this video, somewhere between 4:48:15 and the 5:00:00 mark).

Extremely rich enemies vibes: In September, a handful of YIMBY advocates came together to create a PAC for the express purpose of opposing Kaplan, and Lyft donated $100K to it. Lyft’s contributions to the PAC were likely because of the $.50 per ride tax Kaplan proposed this summer (the tax failed to pass Council and will not appear on the ballot.) According to the Oaklandside, Councilmember Kaplan aroused the ire of YIMBY advocates in November 2019 when she supported Councilmember Bas in calling for a community-driven 100% affordable housing complex that had fewer total units than the market-rate developer initially proposed (you can see some of Kaplan’s skepticism about the developer in her comments starting ~5:12:20). Councilmember Bas’ proposal was not successful, and both she and Kaplan have supported the market-rate developer’s version of the project since then. One YIMBY opponent claimed Kaplan opposed upzoning Rockridge, but in July 2018, Kaplan did advocate for a resolution that would have helped upzone the tiny North Oakland neighborhood. This seems like a lot of money to spend getting revenge on a candidate whose progressive policies didn’t even succeed!

Mayoral Enemy #1: In the words of one journalist, Councilmember Kaplan and Mayor Libby Schaaf’s “enmity is legendary.” Whether it’s housing, defunding the police, or providing basic necessities to constituents, if one of the two is for it, the other opposes it. While Kaplan is generally too appreciative to call the Mayor out by name, she doesn’t hesitate to criticize the work of City Administrator Ed Reiskin. Reisin is appointed by and reports directly to the Mayor, and is responsible for executing City policies (like what the Council passes). The most recent example is Kaplan’s fight to get clean air centers open, but she’s made no bones about letting citizens know that if they’re mad about something, it’s definitely Mayor Schaaf and her City Administrator’s fault. Dig just a little and you’ll find many examples of the long-running conflict between the two politicians.