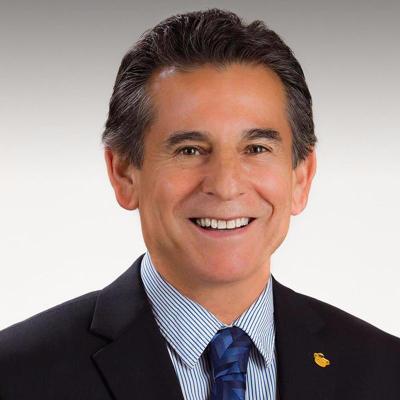 A politician who acts like he represents Fremont but is actually in Fruitvale.

TL;DR: A career politician who’s changed his tone on defunding police - but maybe not his heart

Noel Gallo is the incumbent in the District 5 City Council race. He was first elected to City Council in 2013 and is serving his second four year term. Before his election to the City Council, he served on the Oakland Board of Education for 20 years.

Gallo’s official platform policies are pretty vague, but he famously loves to talk about the weekly trash pick-up he does with volunteers every Saturday and Sunday in District 5. Trash is the main thing Gallo talks about during Council meetings, second only to unsheltered residents, who Gallo blames for the trash. During a July 21 debate over an ordinance that would allow vacant lot owners to rent the space to RVs, Gallo said: “I would like to share [unsheltered residents] with those up in the hills and north Oakland so that everyone gets to share the experience that District 7 and 5 are experiences…right now Oakland is a dump in many areas, and we allowed that to happen.” Gallo openly resents unsheltered residents, and once lied about Home Depot having to close because of them so that he could justify evicting an encampment.

Although Noel Gallo co-authored Measure LL, an ordinance to create a civilian Police Commission to oversee the Oakland Police Department, he actively works against increasing police oversight in Oakland. He is the Chairperson of the Public Safety Committee and a member of the so-called “Equity Caucus,” and when voting on the city budget, he repeatedly said it wasn’t about defunding any department, including the police department.

While he hasn’t advocated for hiring more cops recently, during his 2016 campaign, he prioritized increasing the number of police officers in Oakland. After Mayor Libby Schaaf and the Oakland Police Commission jointly fired OPD Chief Anne Kirkpatrick in February 2020, Gallo publicly condemned the decision and praised Kirkpatrick. A few days after that, he wrote to a judge asking him to release OPD from the independent monitor even though OPD has not yet met the terms of its NSA after 17 years. Gallo is definitely a pro-police candidate even if the recent political environment has him running stealth.

In an August 18, 2020 candidate forum, Noel Gallo said he opposes the Oakland A’s moving to Howard Terminal and thinks the A’s should stay in the Coliseum and develop the area around there. This has historically been his stance; in January 2020 and June 2019, Gallo spoke up at Council meetings to oppose the Howard Terminal A’s Stadium.

Main vibe: Hey, get this trash off my lawn! Even long-time Oakland City Council watchers call Noel Gallo’s politics “unstable," but they start to make a little more sense once you realize that Gallo wishes his district was more similar to the suburbs (which, to be fair, it was only a few decades ago!). Gallo votes as if Oakland were (or should become) Fremont. He’s the only Council Member to bring up the interests of children consistently, and it’s clear that he imagines his constituency to be made up mostly of families–and everyone else can take a hike.

Patron saint of saying his district is full of trash vibes: This Oakland resident has never been to a meeting where Gallo does not talk about how much trash there is in District 5. He even once shared a live video of himself looking at trash (though the video does not capture him picking it up). In fact, since California’s Shelter-in-Place order took effect on March 19, Gallo has posted about 145 discrete tweets to his Twitter; roughly one third of them (50) are about his weekly trash pick-ups. (The second third is about his regular work with food distribution sites throughout his district, though, which he never talks about in meetings for some reason!)

Just Really Hates Unsheltered Ppl vibes: It bears repeating that this man rarely passes up an opportunity to openly express contempt for unhoused people in his district! He associates them with trash and regularly denigrates them publicly at every opportunity. He even hates newly unsheltered people–at a recent meeting, Gallo (baselessly) claimed that people displaced by the fires in Santa Cruz and Sonoma were going to come to Oakland and use up Oakland’s (meager) homelessness resources. Until recently, Gallo’s main response to the COVID-19 outbreak was to use it as an excuse to clear and close encampments.

Unethically Mixing City and Campaign Business vibes: On September 5, Noel Gallo hosted an “Oaktown vs. the Virus” event at the Fruitvale Bart Station, where he used his official Council Member email and phone number. At the May 26 City Council Meeting, Gallo announced that he was “not worried about the virus, that’s the last thing in this neighborhood that we’re worried [about]” even as Fruitvale became the center of Oakland’s COVID-19 cases. Gallo’s “Oaktown vs. the Virus” event (replete with long awkward videos of Gallo!) could be seen as a welcome and needed change of heart or it could be, as District 5 Candidate Zoe Lopez-Meraz implied, a transparent attempt to reach out to voters just 59 days before the election. Oakland City Council Members are not permitted by law to use their City resources for campaign events, but Gallo seems to be playing pretty fast and loose here.