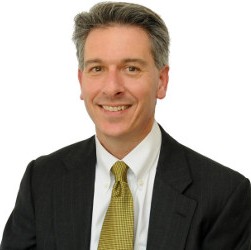 TL;DR: Could probably be a judge if his opponent weren’t in the running

This is a county-level election. Mark Fickes lives in Oakland (Rockridge) with his husband and one dog; the couple have two kids. He serves on the board of Bay Area Lawyers for Individual Freedom (a LGBT+ bar association) and served as President at Temple Beth Abraham.

Fickes’s career began as a prosecutor for Santa Clara County, before moving on to the U.S. Securities and Exchange Commission (where he helped prosecute Apple for stock options backdating). Fickes is a partner at Cannata O’Toole Fickes & Olson and practices in Walnut Creek and San Francisco (but not Alameda County), focusing on Trials, Real Estate, Litigation, Fiduciary Law, and more.

Despite his professional website’s listed practice areas for himself, Fickes is on the ballot as a civil rights attorney. This discrepancy has drawn some pointed criticism.

For this election, League of Women Voters is hosting a candidate forum on October 8th at 6PM.

Eventual Judge: He may not have the best chances this time around but maybe he can use his campaign experience the next time an incumbent judge retires.

Bends with populist priorities: It’s hard to change things up when you’ve been pigeonholed into a role, but it feels not entirely honest for Fickes to describe his prosecutoral work as civil rights. What do you think? are we wrong on this? Let us know!