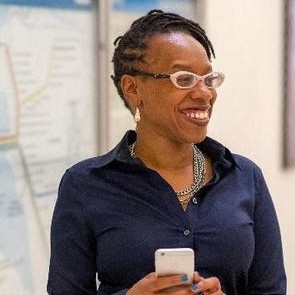 BART Board of Directors

Lateefah Simon came to transit policy from a racial justice framework: she ran for her first term after BART officer Johannes Mehserle killed Oscar Grant. She is the president of an Oakland nonprofit focused on “ending the criminalization of Black youth and youth of color.” She is also on the Board of Trustees for the Cal State University system and received a MacArthur Foundation grant for her work on the Young Women’s Freedom Center. She is legally blind, “has never driven a car and depends on BART everyday to get to work and take her daughter to school.”

Simon plans to prioritize “more transit service to accommodate people who don’t own cars” and points to her record working to make BART more affordable: “I’ve worked towards discounted fares for those who need it, huge success that occurred in partnership with the Metropolitan Transportation Commission. BART will begin offering a 20% discount to low-income riders.”

Simon seems to see BART police as a body capable of reform. She was pleased by the agency naming long-time officer Ed Alvarez BART’s police chief back in January of this year, saying, “I do believe he’s open to creating a vision of safety … for everyone, regardless of their economic status.” (The same article observed that “As the only African American board director, [Simon] constantly fields texts or tweets when riders accuse BART police of racial bias.”)

Main vibe: A feel good vote for a transit incumbent. This is a thoughtful, professional, and responsive incumbent who’s invested in making sure public transit is here to serve generations to come. We trust Lateefah Simon to continue stewarding the BART system through the COVID-19 financial crisis.