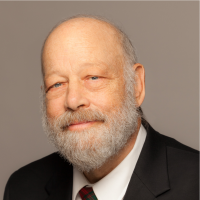 Incumbent who’s served on this board for over two decades

TL;DR: Incumbent who’s served on this board for over two decades.

Chris Peeples has been the At-Large Director for AC Transit since he was appointed in 1997. He attended Crown College, University of California at Santa Cruz and Hastings College of the Law. He served on the Oakland Public Ethics Commission for two years in the late 1990s. He claims to be active in many transit-related organizations, including “the AC Bus Riders Union, Alliance for AC Transit, Regional Alliance for Transit, Alliance for Sensible Transit, and Coalition for A One Stop Terminal.” In addition, he is active in the meetings of the Transportation Research Board (“TRB”), the branch of the National Academies involved in transportation research, and the American Public Transportation Association (“APTA”), transit’s national association.”

Main vibes: At home in his seat. In meetings, Peeples seems mostly innocuous. Like the rest of the AC Transit Board, he is not easily swayed by public requests or opinions and seems confident that he will win again.