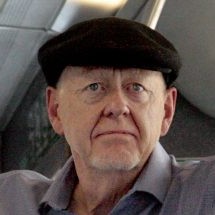 Entitled career politician whose main move is asking, “How are we going to pay for that?”

TL;DR: Entitled career politician whose main move is asking, “How are we going to pay for that?”

The League of Women Voters is hosting an online candidate forum for this race on Thursday, Oct. 8 at 7:30 pm.

While Greg Harper has not bothered to make a campaign website this year, his blog (last updated in 2018) gives a snapshot into some of the issues he’d like to solve, like bus bunching, as well as issues he imagines AC Transit will face in the future, like the possibility of buses using autonomous driving technology. A tour of his blog posts shows a pragmatist, as well as a ward director who prioritizes ridership over the drivers’ union.

Because Harper’s campaign has no public web presence, it was difficult to find current endorsements; however, in their endorsement, the East Bay Times called Harper “a fiscal conscience for the board, digging deep into the numbers and urging that the district plan ahead.”

Main vibes: Making a career in public service minus the “public” and the “service.” At AC Transit meetings, Greg Harper is downright dismissive of public commenters, whether they’re drivers, advocates, or riders. He refers to commenters as “these people” and scoffs at staff members who present reports he disagrees with. As his absolute lack of campaigning shows, Harper seems to feel pretty entitled to his job allocating public money without having to engage with the public.

Why look at the forest when you have all these trees vibes: Friends of the #oakmtg (Appreciation) Club told us that Greg Harper is responsible for the bizarre ordinance that bans members of the public from using the AC Transit logo in unauthorized ways, including, apparently, in photographs on campaign websites. AC Transit is currently demanding that AC Transit Board At-Large Director Candidate Victoria Fierce remove photos from her campaign website that contain the AC Transit logo. Nuisance suits (and ordinances) like these seems like a bad use of public funds to us, but we’re not lifelong public servants with a reputation for being fiscally conscientious.