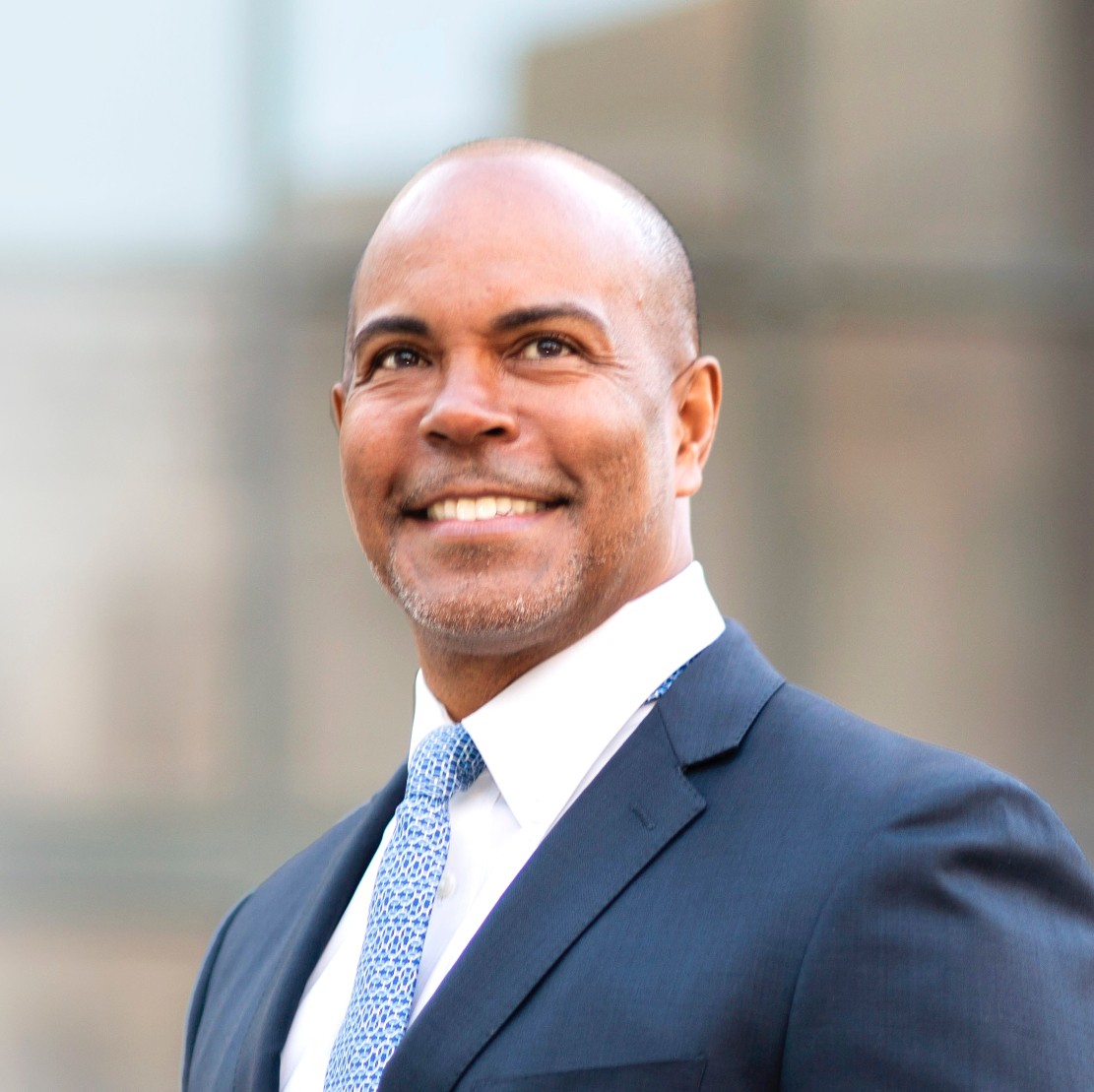 EVERYTHING HE’S TOLD US FOR MONTHS IS A LIE

TL;DR: A Lyft-backed candidate who pretends he didn’t lose his business in 2017 as he runs on a “business mind candidate” platform

This candidate writeup was updated on Oct 12 to reflect newly learned information about the candidate. Specifically, that the candidate has been (mis)representing himself as the owner of a restaurant he lost ownership of three years ago. We’re doing our best to share accurate facts that can help you inform your ballot decisions - please contact us if you notice anything that we got wrong.

Johnson grew up with his mother in Acorn housing in Oakland. He is a graduate of Fisk University, a historically Black college. He formerly ran a small restaurant chain, Home of Chicken and Waffles (see next section for details). Johnson cites homelessness, city inefficiencies, and tenant protection ordinances that he thinks disadvantage landlords as deciding factors that led to him running for office. He believes that the At-Large seat should be held by someone who has “a business mind” – an interesting assertion given what’s come to light around his business practices. He is very happy to have received an endorsement from his cousin, Kamala Harris.

Unlike other candidates, Derreck Johnson does not have a page devoted to “issues” or “priorities” on his official campaign website. Instead, Johnson has scattered his policy ideas throughout pages devoted to his business background, his COVID-19 relief plan, and his identity as a Black gay man who grew up in Oakland’s Acorn housing projects.

Officially, Johnson seems to be hoping his business background telegraphs fiscal responsibility and good management skills; however, Johnson’s legal troubles cast doubt on his business bona fides. We think it’s pretty cool that Chicken and Waffles employees are up to 70% formerly incarcerated people. But the business has some major issues despite that bit of awesome. Under Johnson’s management, the non-Oakland branches of Home of Chicken and Waffles in Daly City and Walnut Creek both closed. An investigative piece written by Jaime Omar Yassin found that Johnson’s business, The Oakland Food Company, failed to pay his worker’s compensation insurance premiums for the Daly City branch from 2015 to 2017. Johnson was ordered by the court to pay State Farm $21,000; after 30 days of non-payment, the court ordered the seizure of Johnson’s company’s assets.

It gets worse from there. In an interview with The Oaklandside, he acknowledged that he has not actually owned the Oakland location of Home of Chicken and Waffles since 2017. After being sued over the worker’s comp claims mentioned above, Johnson filed for Chapter 11 bankruptcy. However, as detailed in the Oaklandside article, the Office of the U.S. Trustee found that Johnson was essentially stealing money from his business and accused him of lacking “basic knowledge” about the restaurant’s finances — not a good look for someone who puts so much weight on their business skills. Eventually, one of Johnson’s former employees took over Home of Chicken and Waffles and Johnson remained on in an advisory capacity. Johnson continues to represent himself as the current owner of Home of Chicken and Waffles (including through most of the PICO candidate forum on October 10, though he addressed one attendee’s questions on the topic at the end of the forum). Given the regular financial scandals that haunt Councilmembers, Johnson’s repeated misrepresentation of himself as the current owner of Home of Chicken and Waffles makes us think he’ll fit in in all the wrong ways

Johnson’s failure to pay his worker’s comp premiums seem to be part of a larger ambivalence toward paying people for their work. He is quoted in a story on small business grants from the Oakland African American Chamber of Commerce as saying that although he received a federal Paycheck Protection Program loan, he didn’t spend any of it because the regulations attached to it would “put me out of business.” Because PPP money will only be forgiven if 75% of it is spent on employee paychecks (rather than on other overhead costs like rent), Johnson is essentially admitting to laying off “90% of his staff” (as he told ABC 7 News in May 2020) rather than paying them with free government money. This is already bad but it gets so much weirder when you realize that Johnson did not own Home of Chicken and Waffles in 2020. Were the employees laid off on Johnson’s recommendation? Or is he taking credit for someone else’s misdeeds? And if so, why?

On housing and homelessness, Johnson’s official platform mostly sticks to describing the problem and promising to “use data…not politics, to decide which interventions to fund.” In an interview with Zennie Abraham, Johnson said he thinks development is the answer to the housing problem “because it’s supply and demand.” Johnson claims to want “to increase housing security and strengthen renter protections and anti-predatory lending legislation beyond the current economic downturn,” but he has received significant funding from executives of the East Bay Rental Housing Association, one of the organizations that regularly mobilizes against strengthening tenant protection ordinances. In an interview with the Oaklandside, Johnson demonstrated his anti-tenant stance when he implied that tenants have too many rights in Oakland and that these are harming smaller landlords. Rather than create stronger local tenant protections, Johnson would want the city to defer to the state’s tenant protections. Pamela Drake reports that in an interview with Block by Block Organizing Network, Johnson “objected to the newest legislation to protect tenants from harassment.”

On Johnson’s official website he offers a “Blueprint for the Future of Oakland’s Black Community.” Its focus on having a conversation (rather than enacting change) and giving Black individuals opportunities to work or start businesses (rather than directly giving resources to the Black community) make it seem like a less concrete, watered-down version of the Black New Deal candidates like Carroll Fife, Zoe Lopez Meraz, and Richard Raya are including as part of their platforms.

Johnson has consistently said that he believes policing needs to be reformed but that he thinks defunding police is the wrong direction. In his Sept. 8 interview with Zennie Abraham, Johnson said, “I’ve been talking to people in the flatlands. African-American women don’t want police dismantled. They want reform.” Johnson says he supports 8 Can’t Wait, a reformist campaign focused on changing specific police policies to reduce killings by police. At the Oct 10 PICO candidates’ forum, Johnson expressed his belief that a primary problem lies in the lack of community trust in police. In addition to hiring Oakland residents to OPD, he also believes cops should have coffee with kids to rebuild that trust.

In a questionnaire from the Oaklandside, Derreck Johnson refrained from taking a stance, instead listing his concerns with various aspects of the project. He is concerned 1) that there is a stalemate between the A’s and the City; 2) that the A’s are using Howard Terminal “as leverage, to force the City into selling them the property” (unclear if the property here is Howard Terminal or the Coliseum); and 3) that it would negatively impact port workers.

Important note: we are volunteers and can’t fact-check everything – this information comes from the candidate’s webpage, where he represents himself as the owner of a restaurant he lost ownership in three years ago. Please reach out if we have something wrong!

A few YIMBY activists started a PAC to support Derreck Johnson’s campaign, and was later joined by Lyft, the ride-sharing app, which contributed $100K to the PAC. At the Oct. 10 PICO candidates’ forum, Johnson denied any knowledge of or association with this PAC.

Main vibes: Lying liar pants on fire. The main reason that Johnson gives as to why he’d be a good councilmember is that he runs a successful business (of course, running a city is actually nothing like running a business) so the revelation that he lost his business due to mismanagement in 2017 and has been misrepresenting himself for his entire campaign is huge. As of this writing, three days after Johnson’s dissembling was exposed, his website still represents him as a current business owner (although it stops just short of saying it outright).

(Previous main vibes, before we learned all our research was based on lies) Libby, Lyft and landlords’ number one guy. Fellow At-Large challenger Nancy Sidebotham [link] expressed a widespread theory that Mayor Libby Schaaf tapped Derreck Johnson to replace her longtime rival, incumbent Rebecca Kaplan [link], when she told the Oaklandside that she thinks he’s “being run because he’s controllable.” All we can say for certain is that Johnson definitely isn’t running because he has a passion for policy. Multiple stories on Johnson have focused more on the endorsements he has received than on any policy positions he espouses. The fact that YIMBYs and Lyft would find common ground in Derreck Johnson’s candidacy suggests that his appeal is based less on his novel civic ideas and more on his abilities to follow orders so as not to gum up the works the next time the Council is staring down a Mayor initiated development project.

Bad boss vibes: We really hate to see a boss who won’t pay worker’s comp premiums (it’s the law!!!) or lie about not using a PPP loan to pay his workers (“paycheck” is literally in the name!!!) and yet runs on how generous he is to employ (up to!) 70% formerly incarcerated people (despite not actually owning said business). While Oakland’s rich and powerful have come out of the woodwork to endorse Johnson, we think it’s telling that his current and former employees either have remained silent or else aren’t valued enough to have their endorsements get top billing. Oh wait, maybe it’s because he doesn’t have current employees and hasn’t been the owner of Home of Chicken and Waffles for the past three years?

Hates renters vibes: While Derreck Johnson’s origin story is inspiring, we worry that his experience of pulling himself up by his bootstraps makes him unsympathetic to people who didn’t manage to work their way into home ownership. We find it telling that he’d fill out a questionnaire for the Oaklandside stating he supports tenant’s rights but then turn around in an interview with the same publication and say the city has harmed landlords by protecting tenants. Johnson generally keeps his positions vague, but we think you can count on him to stand by and let a big wave of pandemic evictions happen on his watch so that landlords can lose money because of vacancies and their own failed business acumen rather than because existing tenants can’t pay the rent.