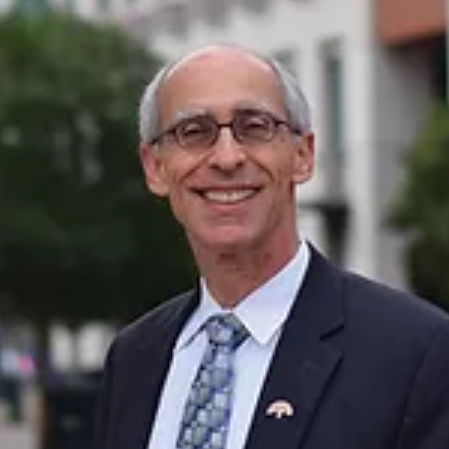 TL;DR: A frustrating but effective progressive who’s not always there when you call but always on time.

Dan Kalb is the incumbent in the District 1 City Council race. He was first elected to City Council in 2012 and is serving his second four year term. Kalb has demonstrated political ambitions beyond Oakland; in 2018, he ran for the California Assembly and lost to Buffy Wicks, a notable supporter of challenger Steph Dominguez Walton’s campaign. Before serving on the Oakland City Council, Dan worked as the Policy Director with the Union of Concerned Scientists and as an administrator at City College of San Francisco. He’s currently the Chairperson of East Bay Community Energy, Alameda County’s local energy provider.

Dan Kalb lives in Oakland with his wife, Valarie, a State Public Defender. His mother also lived in Oakland before passing away in 2015.

Of the three candidates for District 1, Dan Kalb’s policies and track record are the most detailed.

Recently, Dan Kalb orchestrated a complicated deal that uses Homekey grant funds from the state and City funds to buy a former CCA dorm and turn it into transitional and affordable housing for unsheltered seniors. (The purchase won’t go through unless the Homekey grant is approved, though, so keep your fingers crossed!)

On public safety in Oakland, Kalb co-wrote Measure LL to create the Police Commission, and he has worked on legislation related to gun control and supported increasing investments in programs like the Department of Violence Prevention.

On transparency in government, Kalb wrote the Public Ethics Commission Charter Reform measure and the Government Ethics ordinance in 2014; he also has publicly advocated that councilmembers show their faces on screen during remote City Council meetings.

Dan Kalb authored Measure LL, an ordinance to create a civilian Police Commission to oversee the Oakland Police Department; it passed in November 2016 with 83% of the vote. In 2020, he worked with D3 CM Noel Gallo to revise Measure LL to give the Police Commission an Inspector General and other resources so they could do their job more effectively.

When the City Council was unexpectedly presented with the so-called Equity Caucus’ budget on June 23, Dan Kalb abstained from the vote because he hadn’t had time to review the proposed budget. When Councilmembers were able to present revised versions of the budget again on July 21, CMs Kalb and Thao presented a substitute motion to replace CMs Nikki Fortunato Bas’ and Rebecca Kaplan’s more progressive cuts from OPD’s budget with a compromise budget that mostly freezed positions and funneled more money to the Department of Violence Prevention. The Council was split 4-4 on Kalb and Thao’s budget, and Mayor Libby Schaaf broke the tie by voting against it. When the substitute motion returned to Bas and Kaplan’s budget, Kalb said he “knew it wasn’t going to pass anyway” and voted no.

In a candidate forum, Kalb was asked what reimagining public safety meant to him, and he responded by saying he wanted to take money from OPD’s budget and move them to the Department of Violence Prevention, apprenticeship programs, and other strategies (see this video starting around 48:00).

More broadly, Kalb is a former community mediator who supports the increased use of restorative justice and peer conflict mediation in the community and in schools. When pressed by this D1 resident about what he would do to make sure OPD released data about policing in a timely fashion for the newly created Re-imagine Public Safety Taskforce, Kalb said he could not do much as it was up to the City Administrator to force OPD’s hands.

In 2017, Dan Kalb publicly tweeted that he thinks the new A’s Stadium should be built on the Coliseum site, not at Howard Terminal, because of transportation issues. This year, in an apparent departure from his environmental activist commitments, Dan took money from first-time donor Schnitzer Steel, a company at Howard Terminal who’s currently being sued by the A’s for pollution.

Main vibe: Ambitious pragmatist who we agree with anyway. Kalb’s work on the Council so far shows that he can author legislation and work with city staff to get progressive ordinances passed…when he wants to. Kalb is good at using calls for nuance to keep from having to state his position on controversial issues outright. During council meetings, Kalb often uses his more talkative colleagues as cover and rarely votes against the crowd.

Policy wonk vibe: CM Kalb consistently does his homework and because of his ambitions to serve in the California Assembly is more familiar with the broader context of California laws than most of his colleagues.

Libby’s best friend vibe: CM Kalb earned the Mayor’s endorsement despite the fact that fellow Emerge California alumna Steph Dominguez Walton was running. When forming the Taskforce for Public Safety, Kalb advocated to keep the Mayor’s appointments on the force, arguing that with 17 people already slated to join, it “was not a big deal.”

Leaving you on read vibe: Dan Kalb is so notoriously bad at answering emails and phone calls from constituents that challenger Steph Dominguez Walton has structured part of her campaign around the fact that she will always respond to messages. The only way this District 1 resident found to get a hold of him was requesting a spot at his office hours in response to his official campaign newsletter. Kalb says he’s only able to respond to questions when they’re “as specific as possible” and once responded to a journalist by saying, “I’m very busy with a lot of important things.”

An earlier version of this candidate profile incorrectly listed East Bay Housing Organizations as donating to Dan Kalb. This was an error. East Bay Housing Organizations is a 501(c)3 and does not endorse or support political candidates. Gloria Bruce, the executive director of EBHO, made a personal donation to CM Kalb. The profile was changed to reflect this on 10/12/2020. We sincerely regret the error.