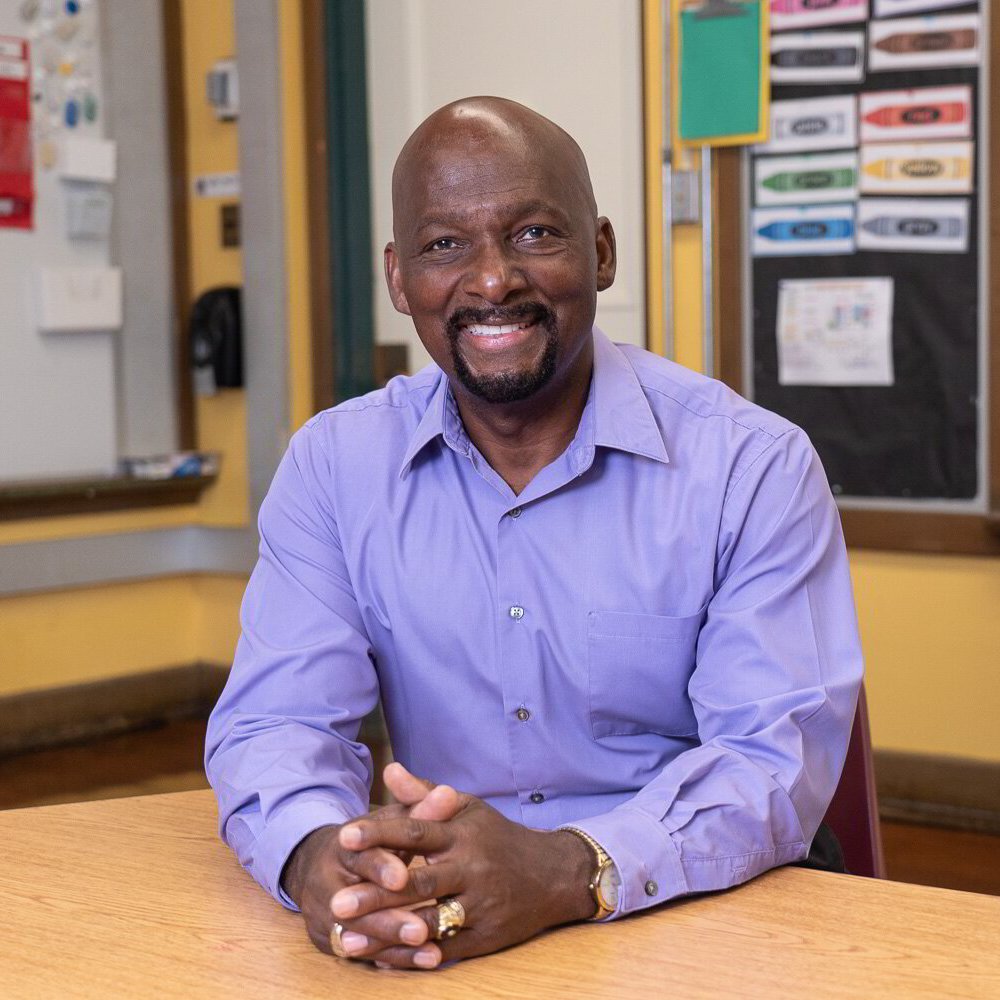 TL;DR: A disciplinarian who believes in using “the broken window philosophy” in schools

Clifford Thompson is an elementary school teacher in Richmond, CA. He has lived in Oakland since 1981. He holds a BA from UC Davis, a BA and a MA from Cal State Hayward, a Ed.D. from the University of San Francisco, a Masters in Theology from Fuller Seminary, and a doctorate in theology from Regents University and East Bay Theological Seminary. He says he is currently working on another Ph.D. in higher education.

On Clifford Thompson’s issues page he mentions – as in candidate forums – that a high proportion of his students scored well on reading benchmarks, a refrain repeated by many pro-charter candidates. He supports providing fair access to educational opportunities and has used his role as President of the Oakland Alliance of Black Educators (OABE) to be an expert witness in cases about race and discrimination in schools. He also supports shifting curriculum so that all high school students will be in college prep courses that they can use in their applications to 4-year colleges or universities.

In an interview with The Oaklandside, Thompson opposed the school board’s recent unanimous decision to eliminate school police. An East Bay Times article from a few years ago notes that as a charter high school principal, Thompson “subscribed to ‘the broken window’ philosophy of discipline.” The story describes that as the idea that “if you let students get away with small infractions, they will graduate to more serious ones.”

The way Thompson talks about discipline makes us really nervous. The “broken windows” philosophy is not only used to rationalize racist and unjust actions like “stop-and-frisk” and oppressive charges for insignificant crimes, but also researchers have been debunking it for years. Applying a similar approach to education seems like a way to either harken back to our grandparents’ school principals paddling students, or to press the gas pedal on the school-to-prison pipeline. Indeed, in that East Bay Times story, a peer of Thompson’s interrupts an interview to yell at a student for running. Not a good look!

More police in schools vibes: While Thompson’s blog statement about COVID-19 and Black Lives Matter references a deeply personal story, it also emphasizes gun violence in schools in a way that reminds us of some recent police department talking points.

Can’t stop going to school vibes: We tried to figure out a way to write Thompson’s name so it included all of his degrees, but it’s nearly impossible: Clifford Thompson, MA, MA, MTh, EdD, ThD, and now he wants a PhD too?! This educator cannot get enough of education, and that’s saying…something.