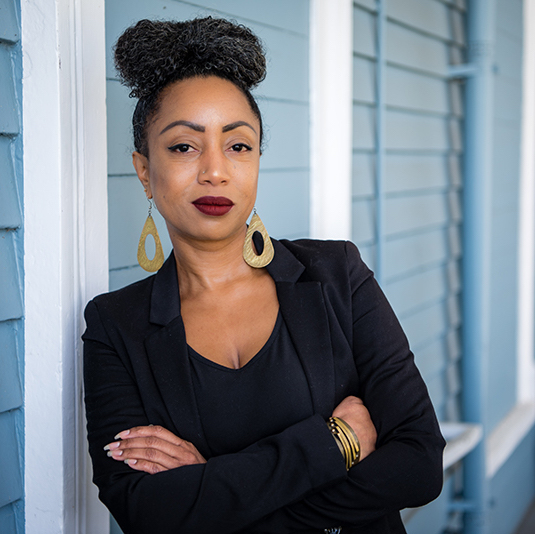 Cherisse Gash was born and raised in Oakland. She says she comes from a family of educators, and she works as a holistic health educator. Gash has been active in organizing around OUSD politics since at least 2019, when the OUSD Board controversially voted to close Kaiser Elementary School in the hills and merge it with Sankofa Elementary School in the flatlands. Before the closure, Gash and her son both went to Kaiser Elementary.

Main vibe: Ready to fight. Cherisse Gash is supported by Oakland Not for Sale, a coalition formed to oppose OUSD school closures and mergers. Oakland Not for Sale staged a School Board meeting takeover on September 25, 2019. Later, several parents and teachers filed a lawsuit against OUSD after law enforcement officials allegedly injured them during the Board meeting on October 23, 2019. We like Gash’s stances and the fact that she’s a fierce advocate, and we hope the history of bad feelings and vitriol won’t influence Board meetings going forward.

Doing the work vibes: In addition to Oakland Not For Sale, Gash has volunteered with the Ella Baker Center for Human Rights, Restore Oakland, and the African American Male Achievement program. She is not new to organizing in Oakland, and we trust she’ll be able to build strong coalitions across the city.