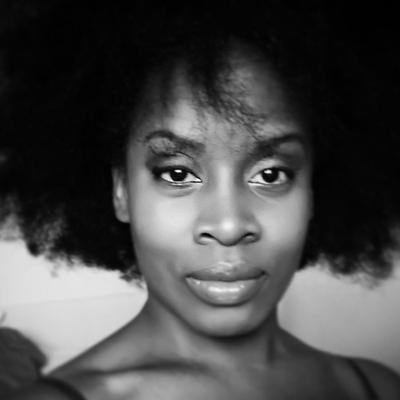 The labor-backed newcomer going against the ethically-challenged incumbent

TL;DR: In-your-face on housing rights and defunding the police

Full disclosure: One member of the #oakmtg Appreciation Club volunteers for Carroll Fife’s campaign; this candidate write-up was edited by someone else.

Carroll Fife is director of the Oakland office of Alliance of Californians for Community Empowerment (ACCE) and a co-founder of Moms 4 Housing, a collective of houseless and marginally housed mothers who are best known for occupying a house owned by a real estate speculator in West Oakland (they were evicted in January 2020). She was also a 2016 and 2020 delegate for Bernie Sanders, and she is a member of the 2020 Platform Committee for the DNC. Fife has lived in Oakland for 20 years and is married to Tur-Ha Ak, a community organizer.

As an organizer, Fife’s tactics are bold, loud, and uncomfortable for officials. Given this long-standing experience, it is unclear how Fife will be able to accomplish her laudable objectives on a City Council that normally requires a mix of careful collaboration and subtle backstabbing. However, Fife has not (and is unlikely to in the future) receive support from OPOA (the Oakland police association) – a promising appeal for seeing the city’s budget go to supporting its residents.

On her official campaign website, Carroll Fife has four main issues: housing as a human right, divesting from the police, supporting essential workers, and increasing city revenue through taxation.

Disagreements on how to solve the Bay Area’s housing issues have historically divided those who want to solve the problem with more housing. Fife’s housing actions are no exception. She takes an aggressive stance on affordable housing, which has included opposing housing policy for not being sufficiently broad in nature. Fife opposed the controversial “upzoning” bill SB50 on the grounds that it does not prioritize “housing for people who make less than $40 an hour” – a stance that found Fife an uncomfortable ally with NIMBYs who oppose building housing in general.

Fife is unafraid to take direct action to push more dialog on housing. Councilmember Bas’s recent Tenant Opportunity to Purchase Act was supported by Fife, and is said to have been inspired by Moms4Housing (which Fife co-founded). According to Fife, she organized protests and drove attendance at an Oakland City Council meeting to ensure passage of a 90-day moratorium on evictions and particular rent increases. We haven’t been able to find more details about this - please reach out if you know when this was or have more details!

At the August 18 Alameda County Democratic Party forum, Fife said that solving the problem of homelessness requires addressing the “speculative nature of housing” (see this video, starting around 1:22:50). We’ve yet to hear solid plans from Fife on how she will accomplish her aggressive housing objectives (what tactics might this direct action organizer adopt from the other side of the city council table?), but are eager to learn more.

While we don’t have details on Fife’s plan to increase city revenue through taxation, at a recent Alameda County Democratic Committee endorsement meeting (sorry, no public link we can find!), Fife caused a stir among YIMBY activists by saying Oakland homeowners are taxed too much; she clarified that what she meant was that corporations aren’t taxed nearly as much as they should be, which puts the tax burden on working class Oakland residents. She called attention to Oakland’s flat corporate tax rate, at a recent unrecorded fundraiser, noting that “Target pays the same flat-tax as the cooperatively owned Mandela Foods on 7th”. Moving from a flat corporate tax structure is something the Oakland City visited in council meetings earlier this year.

The most important thing to know about the District 3 candidates and policing is that the Oakland Police Officers’ Association supports the incumbent and not Fife. Fife supports diverting city funds from policing to community resources. Even before the George Floyd Uprising, Fife was involved in efforts to stop racist policing in Oakland. Fife called for fines on neighbors who make frivolous 911 calls in Black Oakland at the May 18 2018 City Council meeting. She is closely associated with APTP (and endorsed by co-founder Cat Brooks) and the movement to defund OPD. Fife MCed APTP’s June 28 press conference with At Large Council Member Rebecca Kaplan and D2 CM Nikki Fortunato Bas and joined Cat Brooks in calling for the defunding of OPD. Fife praised Kaplan for being accountable to the community and spoke about the need to forgive Kaplan even though she cast the tie-breaking vote to approve the surprise budget that approved half of city spending towards the police (see this video starting around 21:50). (Contextual note from us: had Kaplan not cast the tie-breaking vote, Mayor Libby Schaaf would have been called in to break the tie, and would have sided with the plan to fund OPD over city services. Kaplan’s vote allowed her to win some small concessions in the budget.)

During the August 18 Alameda County Democratic Party Candidate Forum, Fife responded to a question about the potential A’s stadium at Howard Terminal by saying she thinks “public land should be used for public good, period” (see this video, starting around 1:24:50). She says she thinks the discussion about the new stadium means Oakland is at risk of losing good, working class jobs “no matter what decision gets made” but could also mean more revenue for the city. She says that she wants to listen to the people most impacted before making a final decision. Her stance on the issue has developed over the course of the campaign; at a September fundraising party, Fife shared that her greatest concern is over the loss of jobs to those employed by and around the stadium.

The Alameda Labor Council formed and funded a PAC ($25k) specifically to elect Fife (and later added Kaplan), which SEIU 1021 (the City’s union) later contributed $30k towards as well.

Main vibe: “♫Winning was easy, young man. Governing’s harder.♬” We appreciate Fife’s dedication to her goals, and how her populist movement has the incumbent (and maybe even the Mayor!) sweating. While her activism has built a supportive coalition that catapulted her from underdog to formidable challenger, the transition from constituent to Councilmember will require new skills. But we’re rooting for her like we rooted for our favorite modern musical’s loud-mouthed bother! RIIIISE UP!

I care more about housing than you vibes: While Fife has a clear vision of the housing future she hopes for, City Council housing progress is slow and nothing happens without compromise. Although we expect she may struggle with navigating this new political world, we find it unlikely that Fife would use her political power to stop an apartment building from being constructed next door, and probably won’t be involved in for-profit house flipping schemes. Fife’s extreme and rigid stance on housing might not be realized, but we are cautiously optimistic that her presence may push the City Council to more aggressively pursue solutions to our housing crisis.

Cops hate me but labor loves me vibes: Like At-Large incumbent Rebecca Kaplan, Fife is backed by a powerful PAC funded by labor unions. Recognition of this backing can be seen in Fife’s Labor Day ad, where she explicitly mentioned city clerks (alongside firefighters, teachers, and janitors) as an example of the types of workers she supports. Maybe a subtle reference to the 2017 City worker strike organized by SEIU Local 1021 and IFPTE Local 21?

Go big or go home vibes: As one of the co-founders of the Moms4Housing action, it’s clear that Fife is willing to court trouble and face official disapproval. We fully expect this willingness to take risks to make an appearance if she gets a seat on the other side of the dais. The big question: will Fife find the political savvy to turn this brash energy into the platform change she seeks?

Not going to get a lot of positive coverage vibes: A recent SF Chronicle article called Fife’s challenge to CM McElhaney “the city’s marquee race” but curiously didn’t include a single quote from Fife. A member of the #oakmtg Twitterati said this was because Chronicle reporter Rachel Swan once called the cops on Fife at City Hall. While we could neither confirm nor deny these rumors, it’s probably a good bet that you won’t be seeing a lot of quotes from Fife in the Chron as the months progress.

Needs a Zoom consultant vibes: One of the funniest moments in the Alameda County Democratic Party candidates forum was when Fife admitted she did not know how to switch from speaker view to grid view (see this video starting around 1:21:00). We’re hoping she gets her tech in order if she’s elected, because who knows how long City business will be only on Zoom!