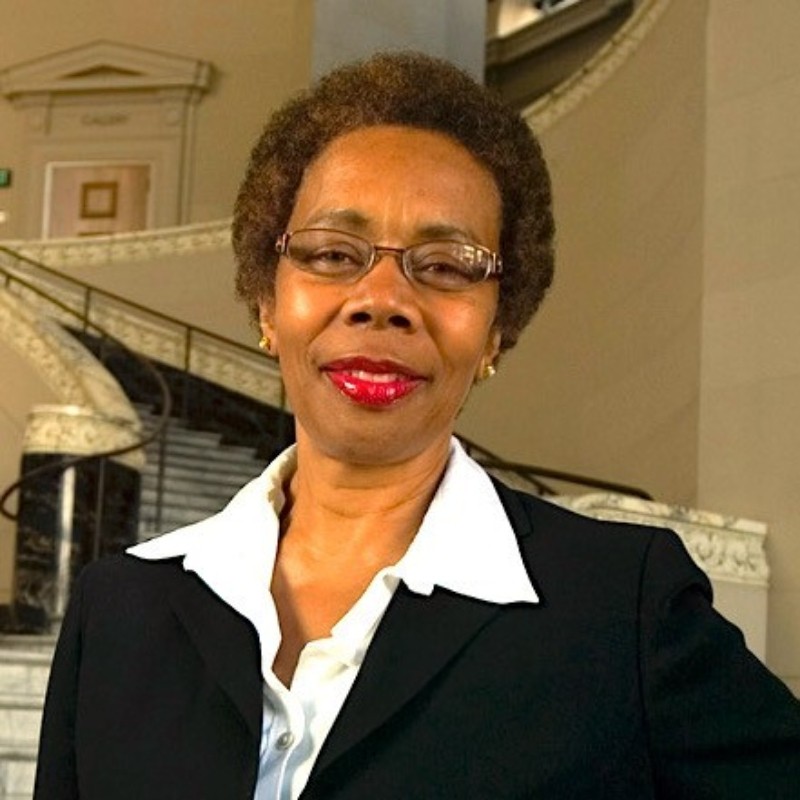 Good on tenant protections, horrible on police accountability, better than the alternative.

TL;DR: Not the most progressive candidate in the world but the only one in the race capable of holding this complex office together.

Barbara Parker is the incumbent in this race and calls herself a progressive fighter. She was first appointed to the position in July of 2011 and was then elected in 2012 and reelected in 2016. She is the first and only Black woman to be elected to a city wide position in Oakland. She is known to be a strong advocate for tenant protections who has frequently co-sponsored such legislation and recently co-sponsored Oakland’s current eviction moratorium.

Barbara Parker’s platform seems to be to keep doing what she’s been doing. She does not mention issues that she would like to tackle in the future, rather she states what she has done well in the recent past. It’s a strong list covering affordable housing, tenant protections, suing Wells Fargo, Monsanto, and Trump, as well as shutting down 25 massage parlors that were engaged in human trafficking.

In addition to co-sponsoring the eviction moratorium which will remain in effect until March 2021 due to the ongoing Covid-19 public health emergency, earlier this year she also co-sponsored the Fair Chance Housing Ordinance. It allows those implicated by the criminal justice system to have equal access to housing. It isn’t all roses where housing is concerned - in 2015 Barbara was implicated as being a supporter of the highly contentious and possibly illegal sale of the 12th Street Parcel to UrbanCore.

Barbara Parker does not have a strong record of holding the police accountable nor does it seem to be an issue where she will become a leader as we enter the reimagining phase. In a recent candidate forum (time stamp 36:30) when asked about breaking up the power of OPOA (Oakland Police Officer’s Association) she intentionally and a bit awkwardly leaned into the camera and said “Black lives matter, obviously” and then went on to say she was “onboard with reimaging” and would advocate for “the development of training and re-training” the police force but failed to address the meat of the question regarding curbing the power of the police union. Historically, she has opposed the police commission hiring independent legal counsel saying that it violated their charter. Measure S1, a charter amendment to allow the commission to hire their own counsel outside of city administration purview, is on the ballot this cycle. One point in her favor: OPOA doesn’t look on her favorably enough to have donated to her campaign in either 2020 or 2016.

At the same forum, she was also asked about her position on the A’s and Howard Terminal (time stamp 45:05). She said she personally supports the A’s and having a baseball team in Oakland but that her role is to advance the vision of the council. So don’t expect any co-sponsorship from her in the ongoing A’s saga. She also mentioned that the city has a history of making agreements with major league teams which do not benefit the city but that she is committed to making sure the city and constituents get a “fair deal.”

Main vibes: The devil we know. Barbara Parker has definitely earned her reputation for losing or settling suits at great cost to the City, but she’s also proven that she can manage an office that’s often called to do many nearly contradictory things. At the very least, we’re confident that Parker knows how to run the City Attorney’s Office and hasn’t spent the last few years working only on behalf of the rich and powerful.

Down to change the charter when it suits her vibes: Parker’s justification for not allowing the Police commission to have their own attorney is that it would have violated the City charter; however, Parker’s been known to request changes to that same charter when it meant giving her more power. We’re hoping to see her stop using the charter as an excuse to hamstring organizations formed to keep the City government accountable.

Right place right time for tenant’s rights vibes: Parker’s recent support for the Tenant Protection Ordinance might have been a calculated move to make sure voters saw her doing something virtuous in an election year, but it worked! We saw her, and we checked on her recent work defending tenants from predatory landlords. We’d rather have a City Attorney who understands the role and can be influenced than one who’s liable to cause a giant exodus from the Office if elected.