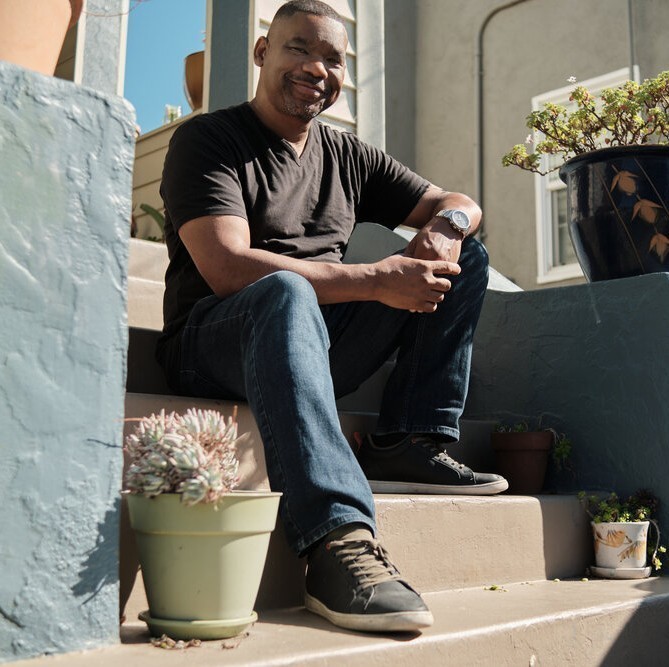 The wholesome political newcomer who does everything for his community

TL;DR: A bright-eyed and just plain bright candidate who wants to defund the police (but may not know how)

Aaron Clay is not new to Oakland, but unlike many of the other candidates in the D7 race, he’s a newcomer to Oakland City ballots. Clay is a teacher and small business owner. He was raised in Oakland and attended Morehouse and Loyola (law). His mother worked as a librarian for OUSD, and his father worked as a lawyer for Legal Aid. He has practiced community real estate law and has held a free legal clinic at his church. Clay teaches for Oakland Unified School District and runs a small solar panel business. He’s also on the board of Youth Uprising, a neighborhood hub based in East Oakland that works to foster leadership among young people.

Clay has three main issues: housing, strengthening Oakland, and reimagining public safety (covered in the next section). You can hear his pitch.

On housing, Clay said at the Wellstone Democratic Forum (starting around 2:05:30) that he wants development where the community controls the development. He favors transitional and supportive housing that is not concentrated in one area, observing that families with children have different needs from single mothers or veterans. His housing plan includes more workforce development. He thinks teachers and firefighters should be able to purchase homes in the community. At the Alameda County Democratic Debate moderated by former mayor Elihu Harris, Clay voiced support for tenant protections, particularly in this current economic crisis and said that he thinks shelters for the unhoused should be built throughout the city, not just in one section.

Clay posits that a problem with opportunity zones (a category into which much of East Oakland falls) is there’s no requirement that the community benefit from development, so we need to guide development to make sure it’s to the betterment of the people who are here now. “We have to control development instead of letting it control us,” or we will lose the residents who have lived here all their life.

He runs a small solar business (Sunswarm Community Solar) and is interested in renewable energy as a means of making homeowners’ utility costs more manageable and mitigating the pollution that disproportionately affects Black and brown communities.

Clay has said Oakland spends more per capita on policing than any other city in the US and observes that the current policing system originates from slavery. He says that police game the overtime system, and argues that attending to OPD’s overtime overages would help address the city’s expected budget shortfall, or free up money for housing. He also calls for creating programs and first-response systems that address the root causes of many crimes, such as poverty and inadequate mental health care.

While Clay’s analysis of how police overtime affects the City is sound, he has not detailed how he plans to address and solve the problem.

Like the other candidates for District 7 (with the exception of Jackson), Clay opposes moving the A’s stadium to Howard Terminal and thinks the A’s should develop the area around the Coliseum.

Main vibe: Mr. Smith Goes To Grant/Ogawa Plaza. While we love Clay’s progressive ideas, we’re worried about whether or not he’s prepared to deal with the viciousness of Oakland City Hall. The vibe he gives us is similar to Jimmy Stewart’s character in the Frank Capra classic Mr. Smith Goes to Washington, and the main difference is that unlike in the movies, there are no happy endings for idealistic candidates who are light on concrete proposals in Oakland city politics.

Committed to knowing the people in his neighborhood vibes: We love the way Clay calls out the importance of neighborhood involvement through projects like the Black Cultural Zone and Youth Uprising, where he’s a member of the board. His insistence that unhoused people be able to find shelter at city facilities throughout the city is also a welcome respite from the current conversation about gathering unsheltered people in “sanctioned” zones. The way he talks about building community involvement makes us excited about the kinds of projects he would sponsor as a Councilmember.

Always got that free personal pan pizza for summer reading vibes: Aaron Clay loves books, and we love that. If he gets elected, hopefully he’ll be more into reading the ordinances he’s voting on than many of our current City Councilmembers.