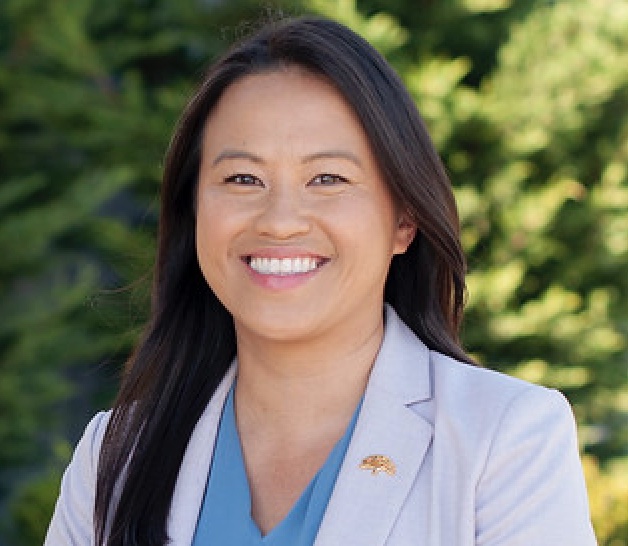 Sheng Thao describes herself as a renter and the daughter of refugees. In mayoral forums, she has explained that she knows what unstable housing feels like, having couch-surfed after leaving an unsafe relationship. During her time on Council, she voted for the CPI cap, the eviction moratorium, and right-to-recall for laid-off employees. She also reconciled conflicting proposals to restructure Oakland’s business tax by finding a compromise across labor, businesses, and nonprofits.

Like Loren Taylor, Thao has been a Councilmember since 2018. Thao won her District 4 seat in a 7-candidate race for the incumbent-less seat. Prior to that, Thao spent the previous 5 years as staff to Councilmember At-Large Rebecca Kaplan (and was Chief of Staff at the time of Thao’s election to Coucilmember).

Budgets are moral documents that show where values fall. In Oakland, the Mayor creates the city’s budget, which is then considered, amended, and adopted by the City Council. As the initial creator and champion, how will the mayor approach funding policing, which historically receives over $300 million each year, approximately 20% of the city’s entire budget? Three of the ten mayoral candidates (including Thao) have had, as Councilmembers, a direct hand in Oakland’s budget. What does Thao’s record on policing suggest about what her approach might look like as mayor?

This shift towards investing in police over community is seen in her answers at the Aug 30 forum hosted by Center for Elders’ Independence. Asked for her approach to reduce gun violence, Thao responded that she’d reinstate traffic enforcement, increase community policing in business corridors, and create year-round paid internships for young people.

While Councilmember Thao has sometimes been considered part of a bloc critical of police, her voting record shows a shift towards increasing funding for police. While this may not have won her an endorsement from the Oakland Police Officers’ Association, this shift towards increasing an already-increasing police budget has been noticed by others. Carl Chan, head of the Chinatown Chamber of Commerce and law-and-order advocate, donated the maximum legally permissible amount to Thao.

At the end of October, Thao’s mailed flyers have taken on a distinctly pro-cop flavor. One such flyer from her campaign promotes her advocacy for another police academy, and while another flyer from a PAC describes her endorsement by Attorney General Rob Bonta as “California’s Top Law Enforcement Officer”.

At a Chinatown-based mayoral forum in July, Councilmember Thao called herself “not a cheerleader for Howard Terminal.”

In July, Councilmember Gallo supported a ballot measure in which Oakland residents could indicate whether they would support putting public funds toward the Howard Terminal project, as a way to gauge public support for spending public money for infrastructure connected to a private company’s project, given other urgent infrastructure needs throughout the city. Councilmembers Gallo and Fife (the only other councilmember who supported putting a vote on the project on the ballot) seemed to feel that A’s leadership was greatly overestimating the level of public support for the project within Oakland, while simultaneously downplaying the costs the project would entail for Oakland residents. A ballot measure would have revealed the level of public support for the A’s move to Howard Terminal. While Thao voted against putting an advisory vote on the Howard Terminal project on the November ballot, she said that she would support holding such a vote in the future if the proposal the A’s extend to Oakland is not satisfactory. (She seemed to be cosigning what Councilmember Kalb was looking for: legally binding backstops to protect the city’s general fund and a guarantee that overruns would be paid by the A’s).

Thao introduced legislation declaring Oakland a sanctuary city for people seeking abortion at a May 17 Council meeting, in response to the May 2 leak of a draft of the Supreme Court’s eventual decision in Dobbs that ran in Politico. She also coauthored a Council resolution in support of California Proposition 1, which would amend the state’s constitution to protect the right to obtain an abortion, to use contraception, and to refuse contraception.

Thao has swept up all the most sought after union and organization endorsements (County Party, Planned Parenthood, SEIU, ILWU, NHUW, LiUNA, etc). Other notable individual supoprters: