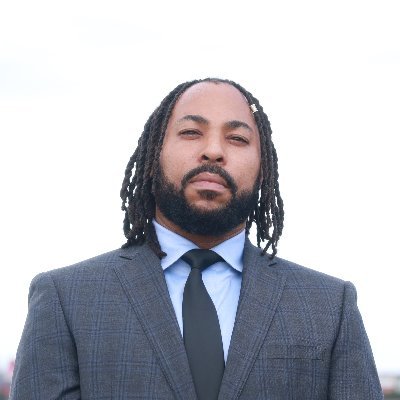 A provocateur to distract you from the actual race

TL;DR: A provocateur to distract you from the actual race

In 2020, Seneca Scott ran for the D3 Council seat. During his campaign, he didn’t participate in any candidate forums that we could find, and his website did not contain platform details.

2022 Seneca Scott is a totally new candidate, who’s learned from his past performance how to truly distinguish himself in a wide field of competitors. 2022 Seneca Scott has a singular focus in his campaign strategy: attention.

Today Scott puts his most divisive and incendiary views on full display, especially in social media. He is an extremely active Twitter user, which he uses to shame, name call, and belittle in the name of strong leadership.

Scott has lived and worked in Oakland for the past 20 years. He worked for SEIU Local 1021, where colleagues still recall his transphobia. He co-founded Oakhella, a consultancy which publicly denounced Scott’s transphobia. He also co-founded Bottom’s Up Community Garden and its off-shoot Bottom’s Up Cafe, where he allegedly brandished a firearm at two people.

Increase OPD sworn officer numbers to 900 Sweep the encampments, it’s the only compassionate thing to do Take Oakland mayor powers from “strong mayor city” to “authoritarian mayor city” (https://www.facebook.com/ArpbOaklandRealtist/videos/4617072975063174/ 25:43) Increase fines for illegal dumping (but couple with decreased dump fees) Make Oakland an agricultural center that grows food (we’re not sure what this means or where this would happen)

Scott equates being unhoused with criminality:

I’ve sued the City for not following the encampment management policy [i.e., and evicting people who don’t have other places to go]. Oakland has such a favorable situation for homeless people that we get drug tourism. We solve homelessness by enforcing the law, and by fighting for resources from the County.

Despite the intense competition for the title, Seneca Scott is self-promoting as The “Law and Order” Candidate. 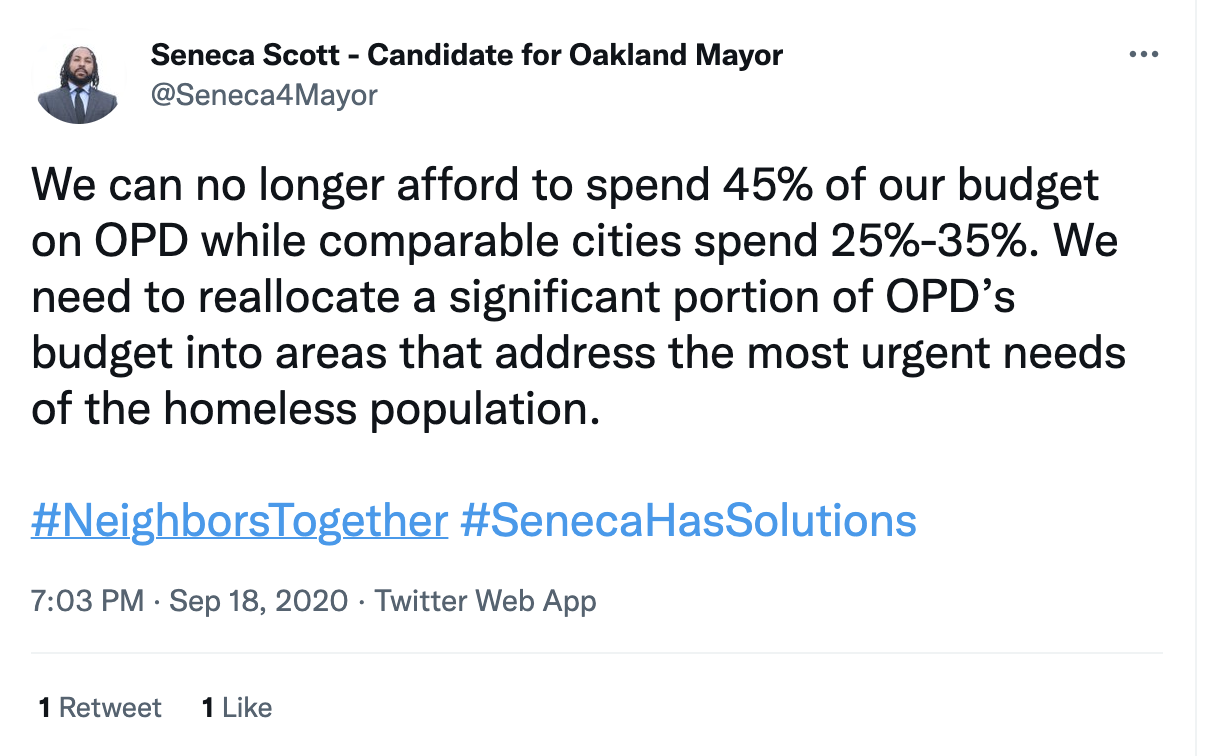 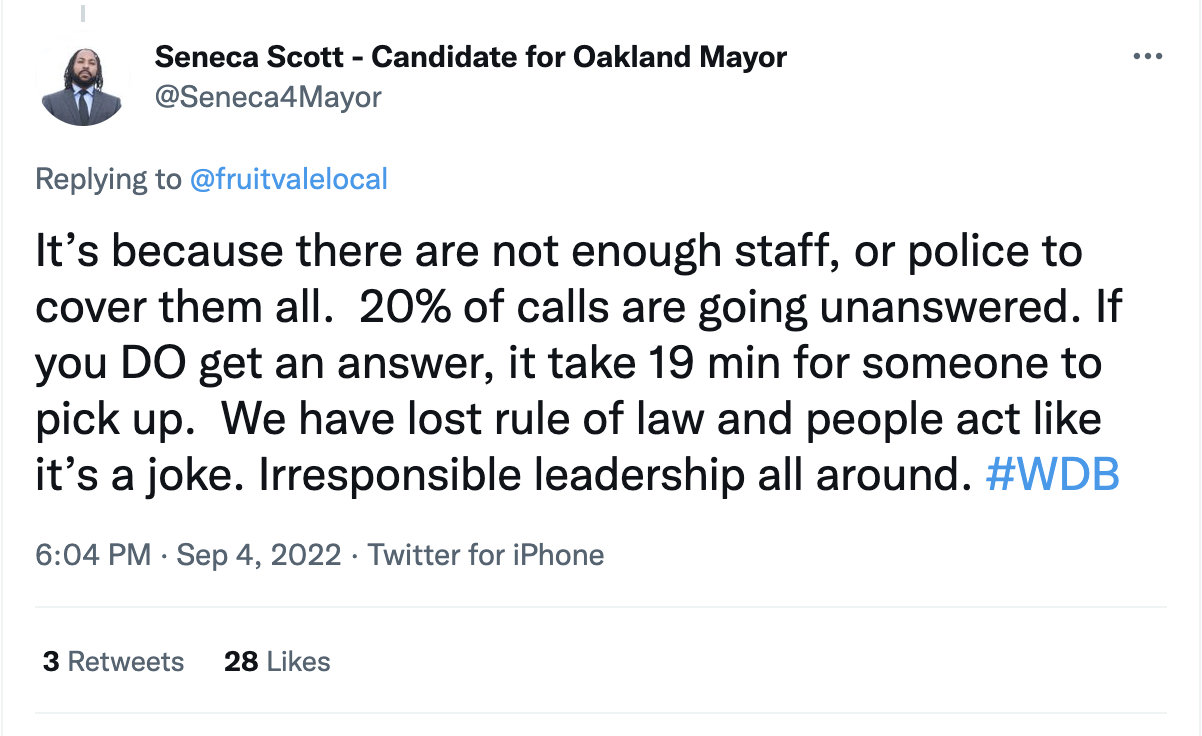 In his own words “[e]veryone knows I’m a YES for the A’s at Howard Terminal.” 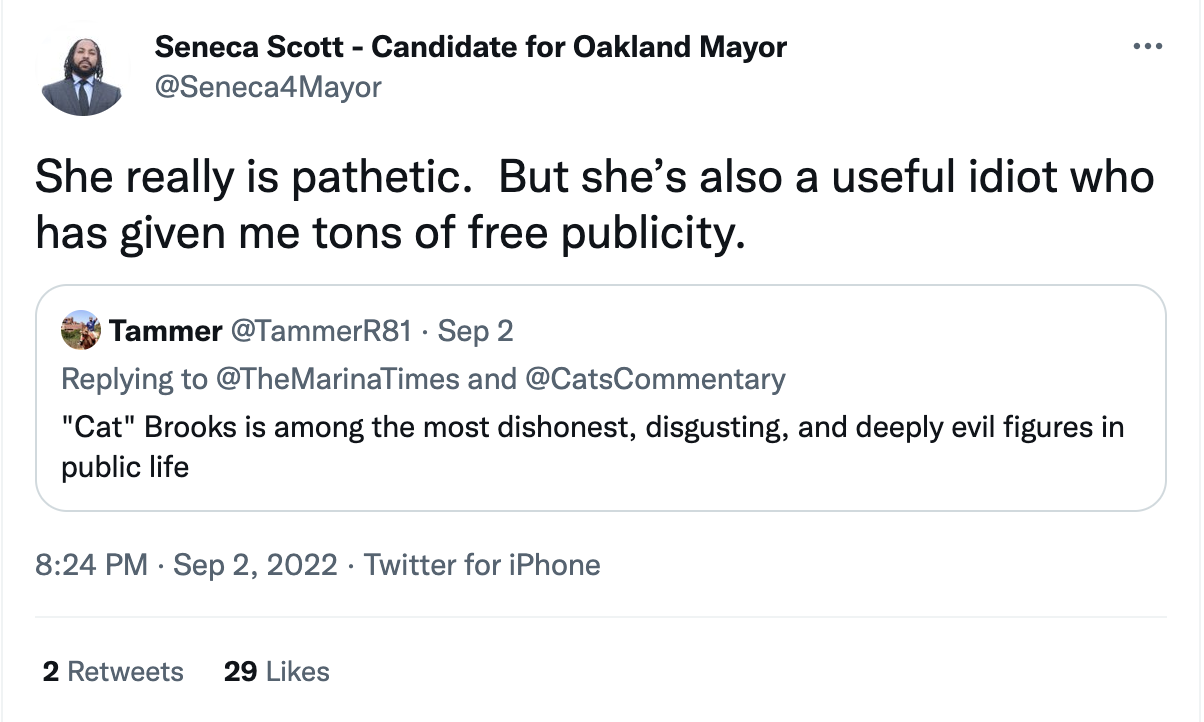 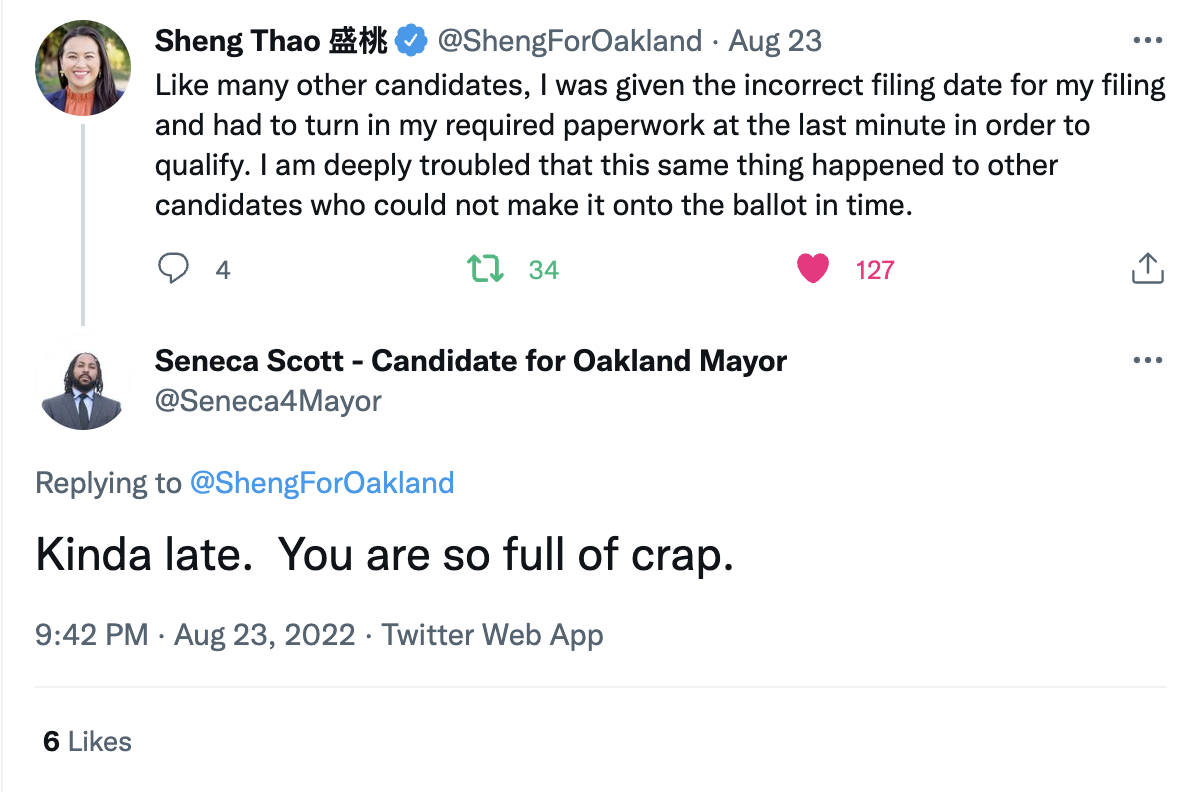 There’s more of the same in this thread… but maybe it’s time to pay attention to the real race?