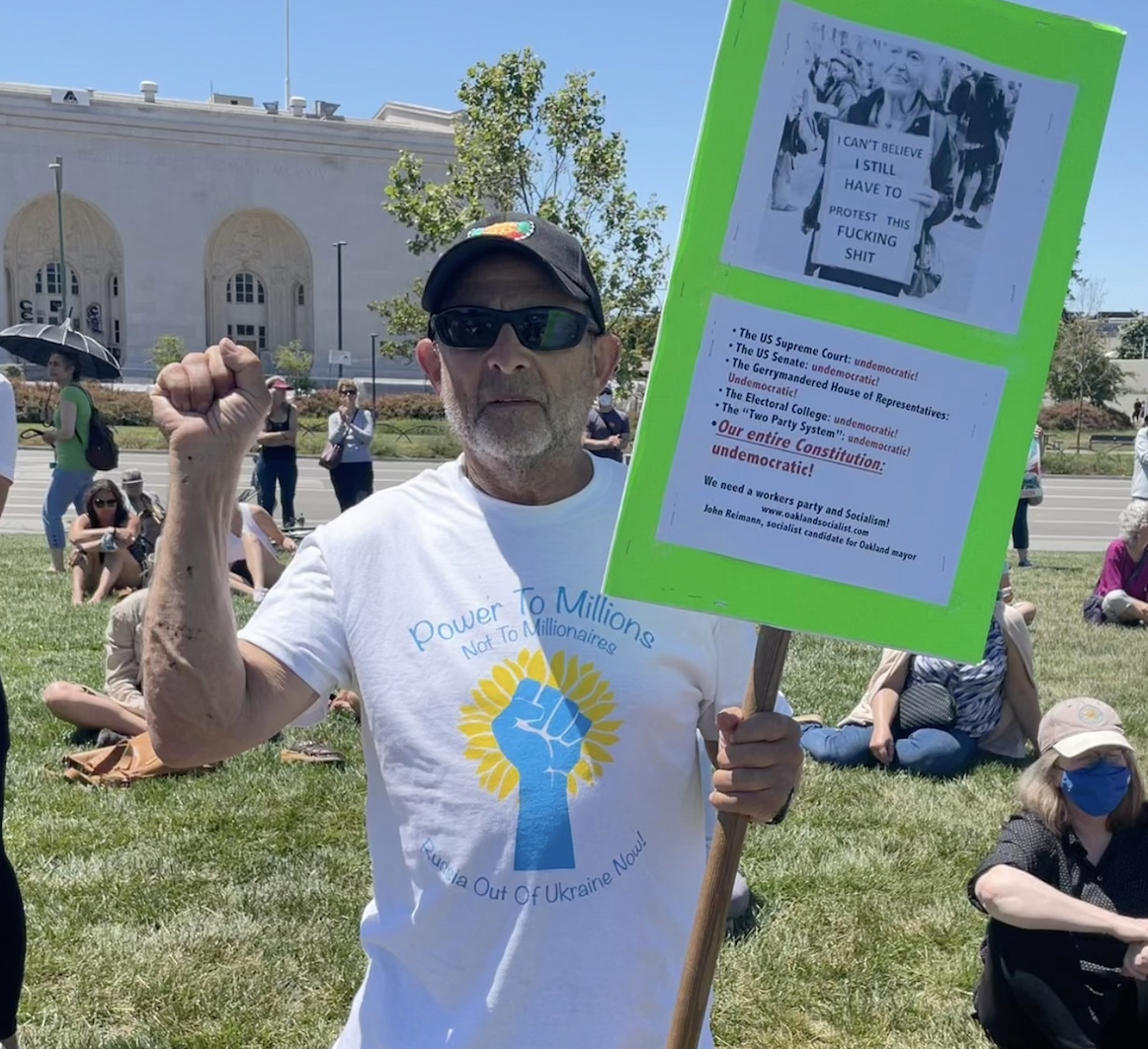 Down with Howard Terminal! Down with gentrification! Eat the rich!

TL;DR: Down with Howard Terminal! Down with gentrification! Eat the rich!

John Reimann hates Howard Terminal with an undying burning hatred, and hopes you will too.

Reiman wants to organize working class people to advocate for themselves, like how Moms4Housing or Parker Community School have done. He wants a working class party to exist, and spent time in the Occupy Oakland movement.

More seriously, Reimann’s response to the leaked draft opinion can best be summarized as: Abortion is healthcare. At a time when it is illegal or restricted, wealthy pregnant people will still be able to obtain it safely, but poor pregnant people will risk their health or freedom if they want to end a pregnancy. Also, the Supreme Court is not the non-partisan body it pretends to be. The courts cannot secure this right; only widespread, sustained protest can do that.