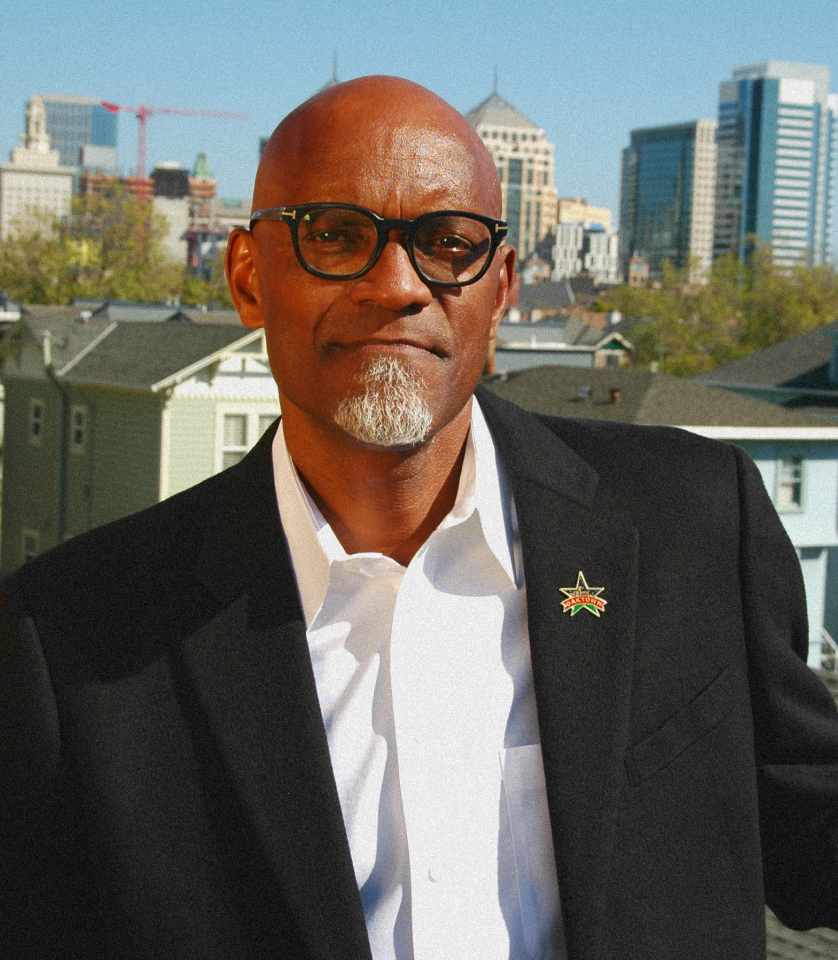 TL;DR: The art-loving drumming community builder who listens to everyone from kids to Councilmembers

Greg Hodge has a lengthy background in community building, emphasizes his facilitation skills and executive experience, and celebrates his art and music background (which is different from his education background in psychology and law). He previously was an Oakland school board member for 8 years before stepping down for an unsuccessful bid for Councilmember.

Hodge tiptoes around the issue of defunding OPD, and aims for an OPD budget status quo. He mentions implementing MACRO, fully funding Department of Violence Prevention within his top 5 issues, and liberally uses ReImagine Safety in his iconography, but does not explicitly mention budget measures he would support.

At the Aug 30 candidate forum at the Center for Elders’ Independence, Hodge called for redirecting OPD attention to violent crimes, increasing funding for the Department of Violence Prevention, and looking at Richmond’s model for addressing gun violence (which decreased killings 70% in one year).

In the June 18 candidate forum, Hodge advocated for buying property from speculators and for placement into a land trust. He’s also interested in new housing developments including affordable housing.

He also advocates for addressing homelessness by listening to people who live in encampments.

Hodge advocates for Oakland residents to have the opportunity to vote on the Howard Terminal project. Hodge raises the same points as several other mayoral candidates: what economic inequalities might be introduced through the A’s stadium relocation? how much affordable housing will be built (and who will fund it)? who is financially favored or disadvantaged by the Howard Terminal plan?